In reality, all shows – good, bad or ugly – reach one last finale, sooner or later. Even a circus.

The  Ringling Bros. and Barnum & Bailey Circus performed its final show in 2017 after 146 years.

And this coming Thursday, November 1st, the circus that was Al Caslin’s Niagara regional council will perform its final show after four years – although for many of us who made it our burden to endure this off-putting spectacle, it seemed like 146 years.

Unless you were in another galaxy this past week, you probably already know that Caslin, the Region council’s chair, and a majority of those who joined him on the council over the past four years, including members of his cabal, were defeated in the October 22nd municipal elections.

So this November 1st will be their last meeting and if of a mind to you might want to show up at the Niagara regional headquarters off Schmon Parkway in Thorold at 6:30 p.m. when the meeting starts to bid a farewell. 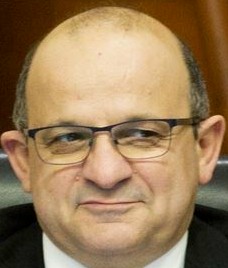 Niagara Region’s CAO Carmen d’Angelo is heading off to China on a trade mission for the region, even while his hiring to the CAO’s job two years ago is being investigated by the Ontario Ombudsman’s Office.

It is also an opportunity for you and I and all of us to wish the Region’s CAO Carmen D’Angelo well before he takes off on a surprise ( surprise in the sense that even many regional councillors only learned about it in the local newspapers this October 26th)this the Monday, October 22nd) trade mission junket to China early this November.

A spokesperson for the Region claims that the cost to taxpayers of this China trip for D’Angelo – whose 2016 hiring to the CAO’s job is now the subject of an Ontario Ombudsman’s Office investigation – will only add up to $4238 plus HST.

That doesn’t seem like very much money for a round trip to China and back which is why I’ve heard that some Niagara residents are thinking of taking up donations for D’Angelo’s trip, which seems like an awfully generous way of getting into the spirit of the holiday season.

When we find out how and where you can make a donation, we will be sure to post it.

Former St. Catharines MPP Jim Bradley, who held several cabinet posts during his years at Queen’s Park, is one possible choice for the Region’s next chair.

Meanwhile, there is already a lot of speculation out there over who may put their name forward to be appointed Niagara’s next regional chair when the new council meets for the first time this coming December 6th.

One name that is generating some enthusiasm in that of Jim Bradley, the former veteran MPP for St. Catharines who topped the polls in that city for a seat on the regional council this October 22nd. He has yet to say for sure that he will make a bid for the job.

Another name that is circulating around is that of Bob Gale, a Niagara Falls regional councillor who was among a few of Caslin’s fellow travellers during the past four years that survived the election coup.

Gale managed to win one of the three seats on the Region’s council for Niagara Falls (not counting the seat for the city’s mayor) and should he win the chair’s job, Selina Volpatti, a Niagara Falls regional councillor who was defeated this October 22nd, would be first in line to take his seat. 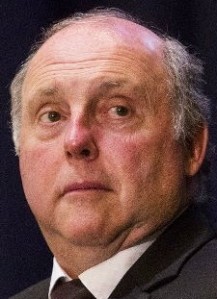 That would have Volpatti making a comeback, just in time for Christmas. How do you feel about that?

Niagara At Large will have more to report on D’Angelo’s trip to China, the regional chair race and related matters this coming week. Stay tuned.

To read a piece posted in Niagara At Large on the October 22nd regional council election results, click on – https://niagaraatlarge.com/2018/10/23/caslins-cabal-is-trounced-as-winds-of-change-sweep-niagaras-regional-council/ .

To read an October 26, 2018 story, published in The St. Catharines Standard, on the Region’s CAO leading a trade mission to China, click on – https://www.stcatharinesstandard.ca/news-story/8989342-region-cao-leading-trade-mission-to-china/