Trump’s Move To Make It Harder for U.S. Vehicles to Cross Canada/U.S. border could deal “Devastating Blow” to Economy 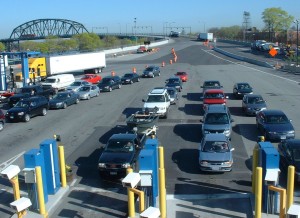 Cars and trucks lined up to clear homeland security on the U.S. side of the Peace Bridge 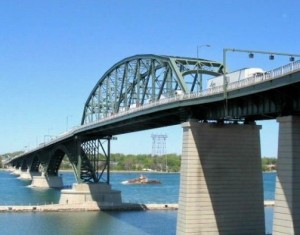 Trump is now moving to make it harder for Americans, including commercial vehicles, to cross Canada/U.S. borders like the Peace Bridge

“This policy deals a devastating blow to the New York and United States economy, threatens the future viability of Western New York’s commerce, auto manufacturing, health care and cultural economies that are highly dependent of predictable and efficient access to and from Southern Ontario. Make no mistake, the White House actions will directly and indirectly hurt all of us.

“There is no reason why law-abiding Americans and northern border commerce should be collateral damage in this policy dispute.  We are calling on the State and Federal governments to negotiate in good faith to allow for a return to reliable border operations.”

RE: LAW-ABIDING AMERICANS AND NORTHERN BORDER COMMERCE MUST NOT BE COLLATERAL DAMAGE FROM A POLICY DISPUTE. 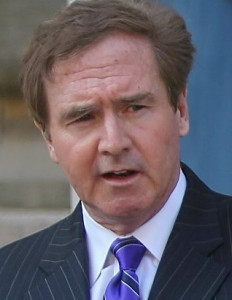 The interests of law-abiding Americans and the significant and important commerce of the northern border should not be collateral damage in the divisive and bitter politics of the moment.

On the one hand, the State of New York blocking a Customs and Border Protection officers from quickly determining the criminal record of a driver at their booth is unreasonable and injurious to the safety and security of the United States and the State of New York. On the other hand, CBP punishing law-abiding residents of New York over policy disagreements with the state government is an ill-conceived intervention and itself contravenes federal law.

I write today to call on CBP to negotiate with the State government in good faith to find a way to use the exceptions spelled out in state law to provide CBP officers with the instant access to the information they need to identify individuals entering the United States, and to immediately resume registrations in the NEXUS, Global Entry and FAST programs, to facilitate the vital flow of commerce at the Northern Border. 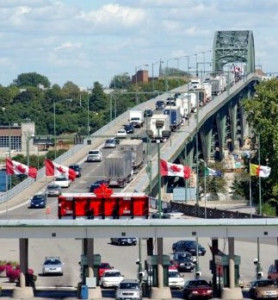 Trucks and cars lined up on the Peace Bridge that carries billions of dollars worth of goods back and forth each year.

In 2018, Western New York’s four international bridges saw nearly 12 million crossings, and all of New York State’s international bridges combined saw almost 17 million crossings.  The trusted traveler programs are legally sound and are proven to promote economic development, business investment and tourism between WNY and Southern Ontario. The jobs created and investment made due to safe, efficient movement of goods, services and people are essential for WNY’s continued economic growth.

U.S. Customs and Border Protection has an obligation to resolve its dispute with the government of the State of New York in a way which does not injure law-abiding Americans and legitimate commerce.

For a link to Congressman Brian Higgin’s letter, click on – file:///C:/Users/owner/AppData/Local/Temp/FEB%206%20REP%20HIGGINS%20TO%20CBP.pdf

Read what The Buffalo News has recently published on this serious matter by clicking on – https://buffalonews.com/2020/02/07/as-border-disaster-looms-politicians-bicker-over-green-light-law/

One response to “Trump’s Move To Make It Harder for U.S. Vehicles to Cross Canada/U.S. border could deal “Devastating Blow” to Economy”