At its November 25th meeting, Niagara Regional Council made an historic move to improve and modernize public transit, voting in favour of combining all of Niagara’s existing services into one single, integrated transit commission serving all of Niagara.

Regional Council’s vote is a critical first stage in the triple majority process needed to transfer responsibility for public transit to the Region.

Niagara’s proposal for consolidated transit is based on over 10 years of research, experience, consultation and feedback. Through the Linking Niagara Transit Committee, representatives from Niagara Region, local municipalities, transit operators and community stakeholders have all been working together towards this goal.

Earlier this fall, a public online survey also collected feedback from over 2,200 residents across Niagara. That survey showed strong support for the proposal, with over 79 per cent of respondents approving of the governance structure, financial model and service standards strategy that make up the proposal.

A full report containing the details of the proposal and the results of that engagement is available online <https://pub-niagararegion.escribemeetings.com/Meeting.aspx?Id=67f66c8d-bdca-4504-9690-83e36961d138&Agenda=Agenda&lang=English&Item=67> . 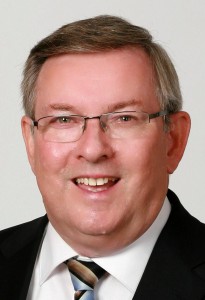 “Regional council made an historic, progressive and courageous decision this afternoon which will set into motion that process that will hopefully strengthen public transit across Niagara for generations to come. Council’s vote is the culmination of thousands of hours of negotiation, consultation and debate across the region which aims to create a singular, enhanced transit service for all residents. I look forward to seeing the support of local councils across Niagara as we work together to modernize public transit and deliver results for our region.” ~ Regional Chair Jim Bradley

A Footnote from Doug Draper at Niagara At Large – If you believe it is way past time Niagara has one seamless, accessible, affordable public transit system – a service so many other regions like Waterloo has had for at least two decades now – please urge your local Mayor and your local councillors to vote for it.

Niagara At Large will have more to say about the need for this to happen in the days ahead.

One response to “At Long Last, Niagara’s Regional Council Votes for One Seamless Public Transit System for Niagara”