News from the Niagara District Airport Commission in Niagara, Ontario

The RFP invites proposals for a partner to enter into a long-term lease for the operations of the airport, located in the Town of Niagara-on-the-Lake.

“To continue to grow the facility, and better support our communities, we are moving forward with a process to identify a partner who shares the same vision for Niagara: a thriving, international tourism hub, where quality of life is enhanced by expanding our connectivity within Canada and beyond.”

The airport, opened in 1929, is currently operated by the NDAC, including the City of St. Catharines, the City of Niagara Falls, and the Town of Niagara-on-the-Lake.

The process has been initiated to identify a third-partner operator who can support the capital investments necessary to ensure the long-term success of the airport, continue to establish a niche in the air sector across Ontario, and further enhance the value of the airport to the economic development of business in Niagara.

“The operation of a healthy, growing and fully-supported airport is a crucial aspect of a transportation and development plan for any city or region,” Garrett added. “We are thankful that Niagara boasts an airport that has been supported for 92 years; however, for it to fully reach its potential, and for the region to leverage it, we need a partner to direct the operations and manage the investment in the facility.”

All documents relating to the RFP can be found on MERX and Bonfire at https://procurementoffice.bonfirehub.ca/opportunities/40815. “Growing economies, growing communities, and growing businesses all rely on access,” stated Dan Pilon, CEO of the Niagara District Airport.

“Airports continue to connect people, continue to move products, and continue to be a significant part of Niagara. We look forward to finding a third-party who feels as optimistic regarding the growth of our airport as we do.” 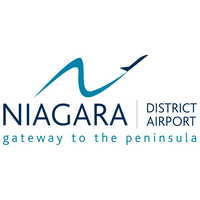 Through this partnership, the NDAC seeks to improve the airport’s competitiveness and efficiency, while reducing municipal investment in airport operations and maintaining public safety and security.

The partner would facilitate increased infrastructure investments, demonstrate the willingness to strategically grow targeted route development, and shape the airport’s role in connecting with community partners.

For members of the public with additional questions, a list of answers to Frequently Asked Questions has been compiled and can be found at http://www.niagaradistrictairport.ca/faq , and is linked directly off the main page of our website.