“If built (in what are left of the greenlands in our Golden Horsehoe) , Highway 413 will destroy critical farmland, portions of the Greenbelt, wetlands, forests, and endangered species. It would add millions of tonnes .” carbon pollution and endanger the health of nearby communities with increased air pollution.”

Toronto, Ontario – Environmental Defence applauds the federal government for stepping in to perform a thorough environmental assessment (EA) of the proposed Highway 413.

This action is necessary due to the Ontario government’s dangerous plan to undermine the environmental reviews of this highway and race to its construction. 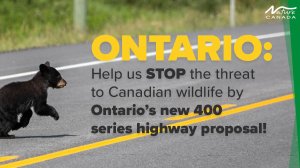 If built, Highway 413 will destroy critical farmland, portions of the Greenbelt, wetlands, forests, and endangered species. It would add millions of tonnes of carbon pollution and endanger the health of nearby communities with increased air pollution.

The decision to build this highway cannot proceed without thoroughly considering and addressing these impacts, which a federal environmental assessment can provide.

The request garnered the support of every single municipality and regional government along the highway’s proposed route, along with 53 scientists and over 22,000 citizens. 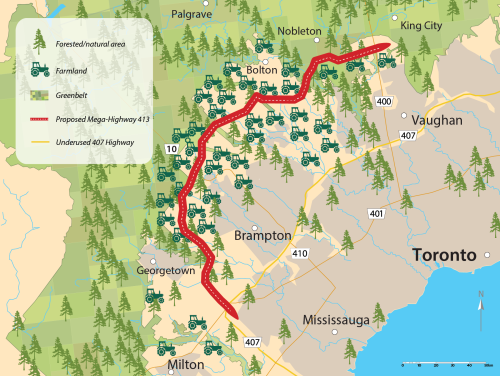 “Minister Wilkinson has listened to the concerns of local citizens along the proposed path of Highway 413, and the unanimous voice of local governments who supported this request for a federal environmental assessment,” said Sarah Buchanan, Ontario Climate Program Manager at Environmental Defence.

“Impacted people and governments don’t want to see the province spend billions to destroy critical farmland, portions of the Greenbelt, wetlands, forests, and endangered species, when experts have told us it will only save an average of 30-60 seconds per trip.” 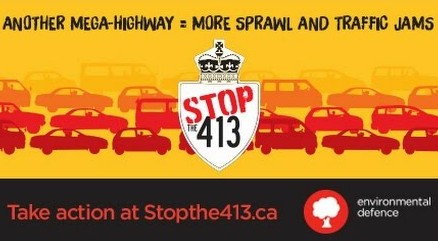 There is this controversial highway plan the Ford government is now pushing in the GTA, and there are still some around who want to revive a plan to build a multi-lane, ‘mid-peninsula highway through the heart of Niagara’s rural lands, above the Niagara Escarpment, from the Hamilton area to the U.S. border.

“The federal environmental assessment will ensure a robust process for identifying and mitigating, where possible, any environmental impacts from Highway 413, and will ensure that climate change is adequately considered. We are confident that this added scrutiny will ultimately reveal that this highway is not in the public interest,” said Laura Bowman, lawyer, Ecojustice.

While it is disappointing that another 400-series highway, the Bradford Bypass, was not designated for a federal environmental assessment, we welcome this important decision from the federal government to hit pause on Highway 413 and take a thorough look at its environmental impacts.

The province should follow the federal government’s lead and reconsider their proposal to build the Bradford Bypass without considering its environmental impacts.

Our original request for a federal environmental assessment is available here: https://d36rd3gki5z3d3.cloudfront.net/wp-content/uploads/2021/02/2021-02-03-GTA-West-EA-request.pdf

About ENVIRONMENTAL DEFENCE (www.environmentaldefence.ca): Environmental Defence is a leading Canadian environmental advocacy organization that works with government, industry and individuals to defend clean water, a safe climate and healthy communities.

To read a related news commentary posted this April on Niagara At Large, click on – https://niagaraatlarge.com/2021/04/28/doug-fords-highway-building-obsession-spells-potential-disaster-for-our-farmlands-our-air-quality-and-our-climate/ .