Architectural Conservancy Ontario (ACO) has joined the hundreds of organizations and thousands of individuals calling for the withdrawal of Bill 229 Schedule 6, the portion of the Protect, Support and Recover from COVID-19 (Budget Measures) Act which would limit the powers of Conservation Authorities to comment on land use planning decisions.

“ACO’s mandate is to encourage the conservation of culturally significant landscapes,” said ACO Board of Directors Chair Kae Elgie. “We strongly oppose the removal of the excellent protection which Ontario’s Conservation Authorities have provided.”

The proposed legislation removes highly trained and experienced scientists and engineers and 75 years of Conservation Authorities’ experience from the land use planning process.

It would prohibit Conservation Authorities from commenting on the impacts of proposed developments. It would allow the Minister of Natural Resources, his staff, or a municipal government to issue permits allowing for the destruction of important wetlands and forests and overriding the Conservation Authority’s protections from flooding. 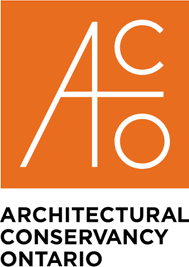 Some observers cite the recent Ministerial Zoning Order allowing development on the provincially significant Lower Duffins Creek coastal wetland in Pickering as a harbinger of things to come if Schedule 6 is approved. Destruction of sections of this wetland had been opposed by the Toronto and Region Conservation Authority, along with the Town of Ajax, the Chiefs of Ontario and thousands of Ontarians.

About ACO -Through education and advocacy, to encourage the conservation and reuse of structures, districts and landscapes of architectural, historic and cultural significance, to inspire and benefit Ontarians

To watch a CBC interview with former Toronto mayor and former federal Conservative cabinet minister David Crombie, explaining why he has resigned as chair of the Ontario Greenbelt Council, in protest of the Ford government’s plans to gut Conservation Authorities and environmental protection rules, click on the screen immediately below –

For a related reports posted on Niagara At Large, click on – https://niagaraatlarge.com/2020/12/07/more-resignations-at-ontario-greenbelt-council-are-alarm-bells-official-opposition-party-critic/