An Ode to a Cat named Dylan and to All Fury Friends, Great and Small

A Brief One by Doug Draper 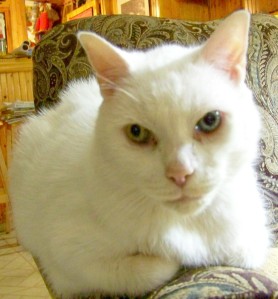 Dylan Draper, sitting on the back of one of his favourite wing chairs

From the first time he first became a member of our family and home – in the early weeks of summer 1999 – Dylan had a habit of looking right into a person’s eyes.

Dylan seemed to know instinctively that a person’s eyes are the window to their soul, and as time with him marched on, I think he came to know me and my wife and daughter as much, if not more, than we knew our selves. 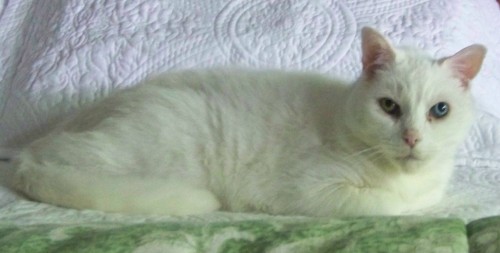 Like virtually all cats, Dylan was a professional at finding the most comfortable spots to rest.

In those eyes of his – one of them blue and one of them green – you could see a wisdom of the ages there. How many times I found myself saying, if he could only talk, how much I would learn from him, not that I didn’t learn a great deal from him about trust and friendship and love anyway. 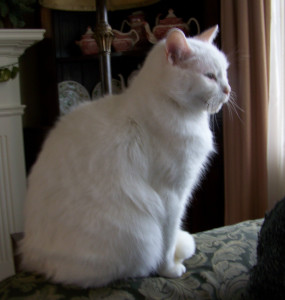 Doing his cat in the window thing

Dylan lived on to be 15, 16, 17, 18, 19, and he made all the way to his birth month of June last year to celebrate 20 years with pets and hugs and servings of some of favourite meat and catnip. Our minds were tossed between this foolish hope that maybe this wonderful cat will live forever and knowing that he was gifting us with borrowed time.

Then, in the early hours of July 8th, 2020, while sleeping at my side, as he so often did, that beautiful heart of his stopped, and we’ve been missing those wise eyes meeting ours ever since.

For all of you out there who are fortunate enough to have cats or dogs in your lives, enjoy every minute. What these wonderful animals give us more than matches what we give them.