Wanna Know How Much You Are Paying Them? Ontario Government Releases 2019 Public Sector Salary Disclosure

The Public Sector Salary Disclosure Act, 1996 makes Ontario’s public sector more open and accountable to taxpayers. The act requires organizations that receive public funding from the Province of Ontario to make public, by March 31 each year, the names, positions, salaries and total taxable benefits of employees paid $100,000 or more in the previous calendar year.

News from the Ontario Government’s Treasury Board Secretariat

A Brief Foreword Note from Doug Draper at Niagara At Large –

Let me begin by saying this.

There are a good number of public servants out there who are performing valuable services for us and are worth every penny they get.

Now let me finish, for the moment at least,  with this. 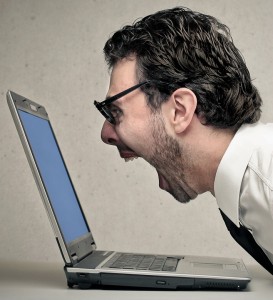 If you aren’t feeling upset enough over what the ongoing coronavirus outbreak is doing to our collective lives, you might want to do what I know many others do each year when the latest Public Sector Salary Disclosure documents are released – click on the appropriate link below, look up your least favourite public servants in Ontario in your least favourite publicly-funded bodies, and yell at the screen when you find out how much they made last year in salary and benefits.

You can do more than that though.

You can begin working together with others in the community now to vote in to office politicians in the next provincial election (in the spring of 2022) and the next municipal elections (in the fall of 2022) who make a pledge to do something about those in the public service who are taking undue advantage or who are either not doing their job or incapable of doing their job.

2022 may seem like a long time away, but it is not. If we want to give certain politicians at the provincial and municipal levels the boot and replace them with ones that will do a better job of representing the immediate and future interests of everyday people, we’ve got to get working on it now.

More on that latter. Doug Draper

Toronto, Ontario  — Ontario is continuing to restore trust and accountability to government by releasing the salaries of Ontario Public Service and Broader Public Sector employees who were paid $100,000 or more in 2019, in accordance with the Public Sector Salary Disclosure Act, 1996.

Compensation as captured in the Public Sector Salary Disclosure can include employees who are being promoted in their career, natural progression through salary ranges, overtime payments, severance payments, one-time performance-based payments and payments that may be required on retirement.

“Our government’s priority is the health and safety of all Ontarians and we are singularly focused on our response to the COVID-19 pandemic,” said Peter Bethlenfalvy, President of the Treasury Board. “However, our government has also made commitments to the people of Ontario on transparency, accountability and respecting their tax dollars.”

The Public Sector Salary Disclosure Act, 1996 makes Ontario’s public sector more open and accountable to taxpayers. The act requires organizations that receive public funding from the Province of Ontario to make public, by March 31 each year, the names, positions, salaries and total taxable benefits of employees paid $100,000 or more in the previous calendar year.

The act applies to the provincial government, Crown agencies and corporations, Ontario Power Generation and subsidiaries, publicly funded organizations such as hospitals, municipalities, school boards, universities and colleges, and not-for-profit organizations that receive $1 million or more, or receive between $120,000 and $1 million if the funding they receive is 10 per cent or more of their gross revenues.

“We have taken positive steps and seen real results, but we must continue working hard to ensure each dollar spent gets the best results for Ontarians,” said Bethlenfalvy. “Our government has a prudent and responsible plan to manage the province’s finances and make sure we have the fiscal flexibility to deal with any challenge.”

The 2019 data is available in a downloadable, machine-readable, sortable, searchable table format on Ontario.ca/salarydisclosure, making it transparent and accessible to the people of Ontario.