The Ravaging Impact of Climate Change on Communities Across Canada

Maybe you heard that this past Monday, June 27, the community of Lytton in British Columbia  suffered  the highest temperatures ever recorded in Canadian history.

That record was set at scorching 47.9 degrees Celsius or 118 degrees Fahrenheit, if you will. Do you want to risk a heat stroke through that?

The hellish heat wave now frying communities across western Canada and the United States is literally threatening people’s lives, placing an enormous and very costly strain on energy services and other infrastructure, and raising their risks of even more devastating wildfires.

Regions of the mid-western United States and Canada are also now experiencing severe droughts that  could ravage crop-growing lands and drive up costs at the grocery store even further for all of us at a time when many are struggling to recover economically from more than 14 months of pandemic.

In the last decade or so in Niagara, Ontario we have had what were considered once-in-a-hundred year wind storms, ice storms and floods that now, every more frequently, do untold damage to property and to shorelines. No wonder the cost of our property insurance has jumped so high.

Notice how more conservative politicians and member of the business community are never ready to point the gargantuan costs these climate change assaults on our communities and pocket books as they continue trying to fill us full of B.S. that plans for cutting climate-ravaging carbon emissions will cost too much.

Indeed, , we continue to have far  too many individuals in business and in federal, provincial and municipal office who make decisions as if they haven’t a clue about the relationship between all of this costly carnage and  the way we either work or fail to work to protect our natural environment.

Niagara Falls, Ontario Mayor Jim Diodati, more interested in pushing through a development plan in Thundering Waters Forest than he is in saving that area’s provincially significant wetlands in the Niagara River watershed. This is one of the municipal politicians in Niagara who needs to be fired by voters in the 2022 municipal elections.

We have municipal politicians right here in Niagara who would rather open doors for more developers to plowing through woodlands, wetlands and watershed than to support a new Official Plan, now being debated at the regional government level, that embraces the strongest measures possible (Option 3C in that plan) for protecting and preserving what is left of our natural heritage for present and future generations.

In the 16 months leading up to the next municipal elections, Niagara At Large will be joining other individuals and groups in identifying those politicians who are out of step with the challenges we face in the 21st century and recommending that they be fired from office on election day.

Any municipal politician in Niagara not in favour of Option 3C – the higher level of rules for protecting our natural environment that must be included in a new Official Plan for our Region – needs to go.

They should have no further place to do the bidding of their development industry cronies in our children’s future.

In the meantime, please read the following important report from Natural Resources Canada.

Now Here is A Report from From: Natural Resources Canada

Communities across the country are experiencing the impacts of climate change, from extreme events such as wildfires, flooding and heat waves to rising sea levels, melting ice and permafrost, highlighting the need for adaptation action to reduce costs and build resilience.

The Honourable Seamus O’Regan Jr., Minister of Natural Resources, and the Honourable Jonathan Wilkinson, Minister of Environment and Climate Change, announced the release (this June 28th) of Canada in a Changing Climate: National Issues Report, a national perspective on how climate change is impacting our environment, economy and many aspects of our daily lives — and how we are adapting to these impacts.

The report provides Canadians with a comprehensive synthesis of knowledge of climate change impacts, as well as examples of adaptation efforts underway to address them, and provides a foundation to inform decision-making and measures as we develop Canada’s National Adaptation Strategy.

Key findings show that Canadian communities of all sizes are experiencing the impacts of climate change on their infrastructure, health, culture and economies, threatening Canada’s ecosystems and the vital services they provide, including access to freshwater. As these impacts will persist and intensify over time, urgent action is needed to reduce greenhouse gas emissions and increase resilience to climate change through adaptation.

The report is part of Canada in a Changing Climate: Advancing our Knowledge for Action, a collaborative national assessment process led by Natural Resources Canada, which forms the foundation for the ambitious action we need to take as we develop Canada’s National Adaptation Strategy.

In developing this report, Natural Resources Canada engaged experts from academic, government and non‑governmental organizations as authors to assess and synthesize knowledge from peer‑reviewed literature, government reports and Indigenous knowledge.

Increasing climate action and the resilience of communities to the impacts of climate change is a top priority for the government. Canada has put in place a strengthened climate plan, A Healthy Environment and a Healthy Economy, with 64 key measures to exceed our climate targets. Natural Resources Canada, together with Environment and Climate Change Canada, Public Safety Canada and Infrastructure Canada, is developing a National Adaptation Strategy that will be used to help protect Canadians across the country from extreme weather and emerging climate risk. 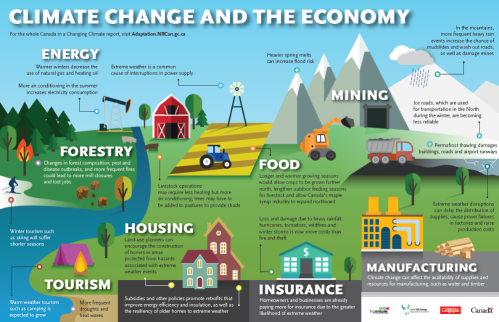 The government continues to work with provinces, territories, municipalities, Indigenous organizations and communities, and other stakeholders to increase Canada’s resilience to a changing climate.

“Climate change is happening now, and the impacts will only intensify. We need to know how to adapt to protect our communities and our economy. The National Issues Report helps us prepare, respond and build a more resilient Canada.”- Seamus O’Regan Jr.,  Canada’s Minister of Natural Resources

“The National Issues Report is a stark reminder that Canadians are already feeling the effects of climate change through more extreme weather events like wildfires, floods and droughts. The cost of damages from these events is also rising, which is why the Government of Canada is currently developing a National Adaptation Strategy, guided and informed by the best available science. The Strategy is an important part of our plan to make communities cleaner, safer and more resilient for future generations.” – Jonathan Wilkinson, Canada’s Minister of Environment and Climate Change

“Climate change is having profound impacts on communities of all sizes, with floods, forest fires, drought and thawing permafrost becoming more frequent, and these impacts are felt disproportionately. Working with Canadians, using the best available data and guided by best practices in infrastructure adaptation and planning, we can help ensure resiliency in our communities.” – Catherine McKenna, Canada’s Minister of Infrastructure and Communities 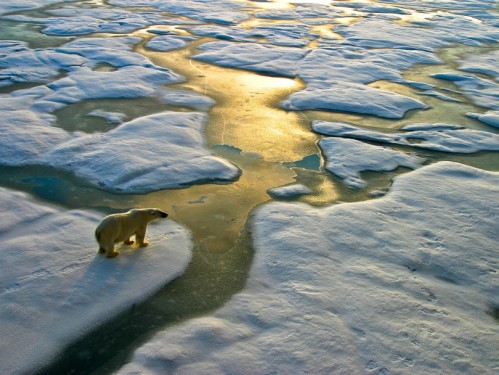 Canada in a Changing Climate: Advancing our Knowledge for Action