“My fellow soldiers who encounter difficulty after service due to traumatic stressors are developing PTSD at an alarming rate. Some so severe they cannot cope or take care of themselves. In most extreme cases this leads to homelessness”   – Retired Canadian Forces  Sergeant Garrick Halinen

He served for 18 years in the Royal Canadian Armoured Corps and was posted in the Special Service Forces, where his dedication to Queen and Country earned him a Canadian Armed Forces Chief of Defense Staff Commendation for Courage and Professionalism.

After his tours, Halinen worked at the Canadian Recruiting Centre in Toronto for over a decade, where he provided expertise at various training and leadership centres including the Leadership School at Canadian Forces Base Petawawa.

This is where this Serviceman’s story takes a turn. Diagnosed with PTSD, Halinen was brought to the brink and in his darkest of days, it was VETS Canada who came to his rescue. VETS Canada, or Veteran Emergency Transition Services, provides much needed support to Veterans across the county.

The organization is proudly volunteer-based and one hundred per cent of all proceeds raised go back to programs that support Veterans.

“The bureaucracy of the government’s Veteran’s Affairs department actually makes getting help very difficult,” says Halinen somberly, “Hence VETS Canada was formed by Veterans to help Veterans without all the red tape.” 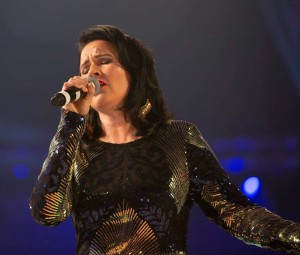 There are currently 23 known Veterans without housing in the St. Catharines area, and approximately 3,000 known homeless Veterans across Canada. That number could however be closer to 5,000 because many remain undocumented.

“My fellow soldiers who encounter difficulty after service due to traumatic stressors are developing PTSD at an alarming rate. Some so severe they cannot cope or take care of themselves. In most extreme cases this leads to homelessness,” says Halinen.

VETS Canada evolved from mostly assisting homeless Veterans to also providing support to those facing difficulties of any kind. “That could mean the inability to afford groceries or a power bill to dealing with an emotional or mental crisis.” says Jim Tolmie, Southern Ontario Manager for VETS Canada.

Just in time for Remembrance Day, Halinen and VETS Canada have partnered up with Niagara Falls business owners, Alanna and Greg Frewin, who have graciously offered to host a fundraising concert at the landmark Greg Frewin Theatre.

The show starts at 3:00 pm, and only a limited amount of tickets will be sold in the 700-seat theatre to stay within provincial guidelines for a safe entertaining experience.

“As a local business located in the heart of downtown Niagara, we are honoured to host this important event as it hits close to home for our family,” says Alanna Frewin,

“Being able to provide help to our Veterans in need is something we feel strongly about, and we hope others will feel the same and come out and show their support on November 8th.”

Tickets are available via the Greg Frewin Theatre website at http://www.gregfrewintheatre.com or by calling the box office directly at 905-356-0777. Donations can be made directly to VETS Canada online at https://vetscanada.org/english/givehelp

You can visit a CKTB Heart Radio segment on this upcoming concert by clicking on – https://www.iheartradio.ca/610cktb/news/local-veteran-launches-fundraiser-to-support-other-veterans-in-need-1.13808356