“There is no time and no reason to delay. We have the tools, we have the science, we have the resources. Let us show we also have the political will that people demand from us. To do anything less will be a betrayal of our entire human family and all the generations to come.” 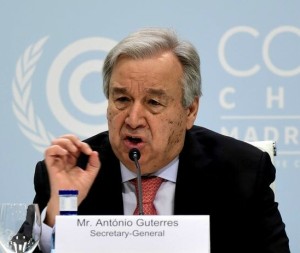 – U.N. Secretary-General Antoneo Guterras, in an address to representatives of nations around the world, this December 2nd, at the 2019 United Nations Climate Change Conference in Madrid, Spain

News from the United Nations 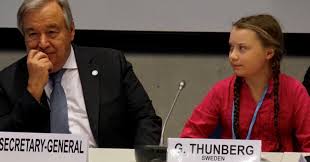 The U.N. Secretary-General at a Climate Action Summit earlier this 2019 with young climate activist Greta Thunberg.

I am posting some of the key lines in this address  by the U.N. Secretary-General Antoneo Guterras because I think that these are words we all need to hear from one of the strongest voices for climate action in a position of leadership on the world stage today.

I think we especially need to hear them in Canada where we have a Prime Minister in Justin Trudeau who looks like he may be on the verge of using our tax money to throw subsidies at those filthy Alberta tar pits, in a pathetic effort to keep his minority government in power by appeasing that premier’s loud-mouth populist premier Jason Kenny. 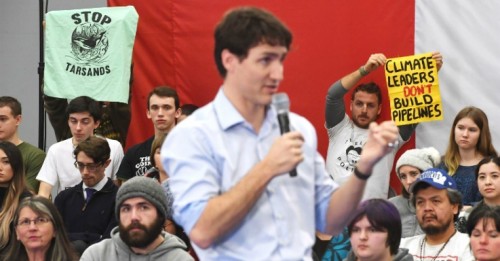 Trudeau runs up against young climate activists at a town hall meeting in British Columbia last year, after his government invested billions of dollars on a tar sands pipeline.

It’s bad enough that Trudeau spent more than five billion of our tax dollars on a pipeline for that tar during his last term of office. Watch out for him throwing even more of our money away on a source of energy that has no future in the 21st Century place – so much so that  financial institutions in Europe and other parts of the world no longer want to invest in it.

Now here is that excerpt from the U.N. Secretary-General’s address following by a link to the entire address and an important video on the alarming degree to which carbon emissions from oil, coal and other sources are heating the world up – 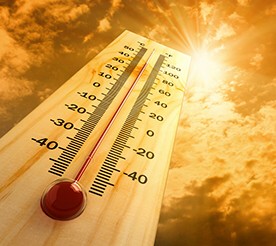 “We stand at a critical juncture in our collective efforts to limit dangerous global heating.

By the end of the coming decade we will be on one of two paths.

One is the path of surrender, where we have sleepwalked past the point of no return, jeopardizing the health and safety of everyone on this planet.

Do we really want to be remembered as the generation that buried its head in the sand, that fiddled while the planet burned?

The other option is the path of hope.

A path of resolve, of sustainable solutions.

A path where more fossil fuels remain where they should be – in the ground – and where we are on the way to carbon neutrality by 2050. 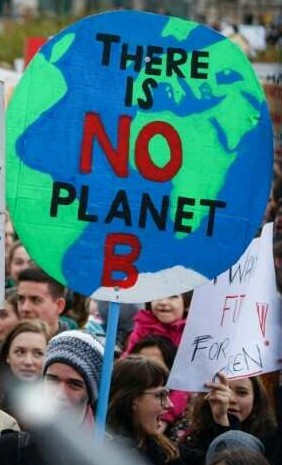 That is the only way to limit global temperature rise to the necessary 1.5 degrees by the end of this century.

The best available science, through the Intergovernmental Panel on Climate Change tells us today that going beyond that would lead us to catastrophic disaster.

Millions throughout the world – especially young people – are calling on leaders from all sectors to do more, much more, to address the climate emergency we face.

They know we need to get on the right path today, not tomorrow.

That means important decisions must be made now. …

Dear Delegates, the decisions we make here will ultimately define whether we choose a path of hope, or a path of surrender.

Remember: we made a commitment to the people of the world through the Paris Agreement.

It was a solemn promise. 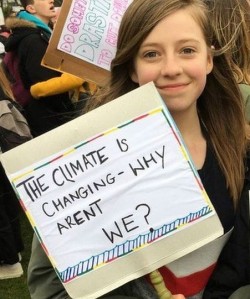 Let us open our ears to the multitudes who are demanding change.

Let us open our eyes to the imminent threat facing us all.

Let us open our minds to the unanimity of the science.

There is no time and no reason to delay.

Let us show we also have the political will that people demand from us.

To do anything less will be a betrayal of our entire human family and all the generations to come.

To watch one of the latest video messages from the United Nations on how hot the word was getting, click on –