Niagara West MPP Sam Oosterhoff has been asked for apology for call to police over seniors protesting public library cuts at his Niagara constituency office.

“At the very least the Premier should send a signal to women by booting him out of his caucus.” – Ontario Public Service Employees Union (OPSEU) President Warren (Smokey) Thomas, responding to Oosterhoff’s anti-abortion stance

A News Release from the Ontario Public Service Employees Union

“If there was ever an argument to have a mechanism to recall politicians in Ontario, Oosterhoff is a perfect example,” said Thomas.  “But at the very least the Premier should send a signal to women by booting him out of his caucus.”

Oosterhoff recently issued a chilling threat to the right of women to control their own bodies by saying he wants to make abortion “unthinkable in our lifetime.”  Earlier this month Oosterhoff brushed by a group of concerned citizens who came out to a public constituency meeting to ask the rookie MPP about his views.

OPSEU First Vice-President/Treasurer Eduardo (Eddy) Almeida, who also represents OPSEU members from Niagara on the union’s executive board, says Oosterhoff is clearly not ready for prime time. Almeida also points to the 21-year-old MPP’s decision to sic police on a group of senior citizens protesting the Ford government’s cuts to library funding.

“I know plenty of people in their twenties who bring a lot of wisdom to the table and have taught me things, but this young man has a lot of growing up to do,” said Almeida.  “His job is to represent the views of his constituents, it’s not a platform for his personal agenda.  It’s widely accepted that the overwhelming majority of Canadians are pro-choice. Women have the right to choose. Full stop.”

Thomas noted that in response to Oosterhoff’s comments, Premier Ford had to virtually be dragged kicking and screaming to issue a tepid commitment that he would not try to reopen the abortion debate.

“That promise is probably as good as the one the Premier made about no public sector workers losing their jobs,” said Thomas.

“Actions speak louder than words. This is an attack on women. Period. The only way Doug Ford can show that he respects women’s rights is to give this arrogant little twerp the boot.”

Niagara At Large contacted Niagara West MPP Sam Oosterhoff’s constituency office in Lincoln earlier this May 23 to ask if there was any response to the OPSEU news release.

What we received in response was a statement the MPP prepared following a pro-choice demonstration staged by a group of women dressed as characters from Margaret Atwoods novel “The Handmaids Tale” while Oosterhoff was attending a riding event at a Grimsby Legion hall.

Police were called during that Saturday, May 18th demonstration to keep matters under control when Oosterhoff was leaving the Hall.

In absence of a response on OPSEU’s call for Oosterhoffs’ expulsion from his Tory party’s caucus, here is the statement from the MPP on the May 18th demonstration – 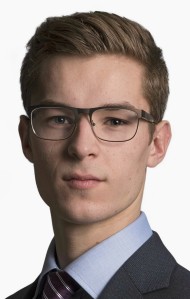 “It is unfortunate that a group of one issue activists decided to hijack my community coffee event last Saturday. I always look forward to chatting with my constituents at these events, connecting with them about local issues. Unfortunately, these activists shut down conversations about important local matters like the West Lincoln Memorial Hospital and the regional governance review.  The Legion felt it was necessary to call the NRP, and I respect their decision.”  – Sam Oosterhoff, MPP Niagara West