“Therefore the Legislative Assembly calls on the Ontario government to declare a climate emergency in order to officially recognize climate change as a real threat to our environment, our people and our economy.” – from the motion Ontario Opposition Leader Andrea Horwath and her NDP tabled for possible passage this May 13th, 2019 in the provincial legislature. 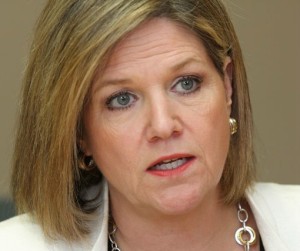 QUEEN’S PARK — NDP Official Opposition Leader Andrea Horwath is calling on all MPPs to vote to make Ontario the first province in Canada to declare a climate emergency.

On Monday May 13th), Horwath will bring forward a motion to recognize climate change as an imminent threat to Ontario’s environment, people and economy, and declare a climate emergency in the province.

“Climate change is not tomorrow’s problem,” said Horwath. “This is not a problem we can punt down the road, and leave for our successors — our children — to tackle. Climate change is happening now, and it is an emergency.”

Horwath pointed to recent years’ wild fires in the north, flooding in southwest Ontario, tornadoes that ripped through the east part of the province, and now flooding in Pembroke, the Ottawa region, Bracebridge and the Muskokas.

“Declaring a climate emergency is an opportunity for Queen’s Park to change direction, and together take on the biggest challenge mankind has ever faced,” said Horwath.

Ontario would be the first province or territory in Canada to declare a climate emergency, although several municipalities in Ontario and across the country have done so. Horwath will call on Conservative MPPs to vote their conscience, not along party lines, when her motion is debated Monday afternoon.

Here is the Wording of the NDP Motion – 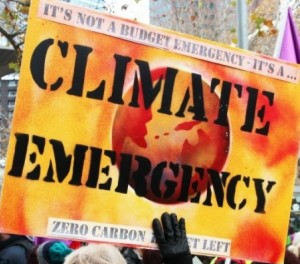 Whereas climate change is currently harming human populations in Ontario through tornadoes, floods, forest fires and other environmental disasters, generating threats to human life through illness, injury and displacement; and

Whereas marginalized people, including people of colour, working-class people, Indigenous peoples, young people, and women, have suffered the most, and benefitted the least, from the conditions that have led to the climate crisis; and

Whereas climate change is currently endangering the survival of species of plants and animals in Ontario, as well as jeopardizing the health of our natural environment; and

Whereas climate change is currently contributing to millions of dollars of property and infrastructure damage across Ontario through tornadoes, floods, forest fires and other environmental disasters; and

Whereas the increasing frequency of 100-year storm events have threatened the insurability of thousands of properties across Ontario; and

Whereas the cost of inaction is projected to be far higher than the cost of action, and credible research indicates the need for immediate, decisive action on climate change in order to avoid harmful impacts on our society, environment and economy;

Therefore the Legislative Assembly calls on the Ontario government to declare a climate emergency in order to officially recognize climate change as a real threat to our environment, our people and our economy, and develop provincial strategies that will mitigate these threats, and take immediate action to preserve our province for future generations. 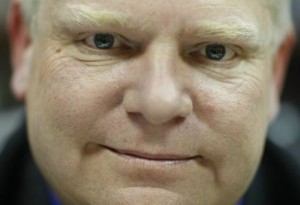 Will Ford support this call for a climate declaration? So far he has done little else on the issue than declare a war on environmental protection programs and rules.

Niagara At Large will continue posting on the progress of the Official Opposition (NDP) Party’s call for declaring a climate emergency in Ontario.

We wish the NDP success with this effort but we are not holding our breath.

I am willing to bet that Premier Doug Ford and his Trumpy ‘Government for the People’ are far more interested in pandering to anti-abortion nuts and their holier-than-thou obsession with saving fetuses in blindness to so many other existential threats to people than they are over addressing climate change as “a real threat to our environment, our people and our economy.”)