A Call-Out from the Ontario Public Services Employees Union 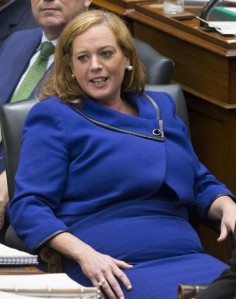 Ford’s Minister of Children, Community and Social Services Liza MacLeod – known to some as the “Minister of Mean” – is being asked to resign

“I can’t tell you how disappointed I am in Lisa MacLeod,” Thomas said.  “It’s bad enough she’s become the Minister of Mean, but it’s unbelievable she would bully others to pay lip service to Doug Ford’s attack on autistic children.”

Thomas is appalled by reports that MacLeod and her staff demanded the Ontario Association for Behaviour Analysis provide a quote endorsing the Ford cutbacks to autism services.

The association says it was told if it didn’t knuckle under it would face “four long years.”

Thomas says the Ford government has descended to new depths by turning the screws on frontline experts to provide platitudes. 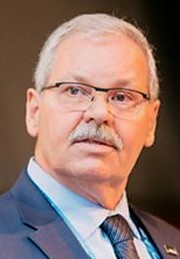 “I thought I’d seen everything, but a government that resorts to extortion to get support for its heartless policy decisions? That’s a new low,” Thomas said.

Thomas is also calling for a public inquiry to clear the air on MacLeod’s ordering to pressure the behavior analysts to toe the Ford line.

Thomas noted that Ford complained about autistic youth long before he became premier.  Published reports indicate that when Ford was on Toronto council in 2014, he said that a group home for autistic youth had “ruined” a neighbourhood in his ward.

“Did Ford’s ‘not in my neighbourhood’ attitude toward kids with autism influence his government’s mean-spirited program cuts? “Did he order his minister to scare groups into supporting his cruel program cuts?  The Premier’s office has some explaining to do,” Thomas said.

“If Ford doesn’t stop being a bully and keeps ignoring frontline workers, OPSEU is going to make it a long four years for him and his MPPs,” Almeida said.

About the Ontario Public Service Employees Union – OPSEU represents approximately 155,000 members across Ontario. They are full- and part-time workers, men and women, young and old. They trace their ancestry to all parts of the globe – as diverse a group as you could imagine. Our members work for the Ontario government, inside community colleges, for the LCBO , in the health care sector and they are employed in a wide range of community agencies inside the broader public service.

For more on the Ontario Public Service Employees Union, click on – https://opseu.org/

In a Canadian Press story posted this past February 15th, the Ontario Minister, Lisa MacLeod, issued an apology to behaviour analyists.

Here an excerpt from that Canadian Press story –

TORONTO — A group of behaviour analysts acknowledged an apology Friday from Ontario’s social services minister for warning them of consequences if they didn’t support her new autism program.

The Ontario Association for Behaviour Analysis said it is still calling on Lisa MacLeod to abandon a “one-sized fits all” funding model that will leave many families without enough funding to pay for the level of treatment children need.

“We acknowledge that Minister MacLeod now regrets her comments,” the group said. “We are still calling upon the government to reconsider its approach.”

To read a Toronto Sun story, reporting on MacLeod being “unapologetic” in her plans to make changes to services for people with autism in Ontario, click on – https://torontosun.com/news/provincial/macleod-stands-unapologetically-by-ontario-autism-program .