Forum Is On Wednesday,  January 10th   at 8p.m. St. Catharines Centennial Library on 54 Church Street In the City’s Downtown

An Invite from the Niagara District Council of Women 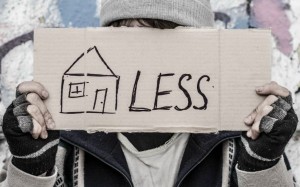 Niagara, Ontario – In light of the stark contradiction between the promises of the 1987 Federal  Government  during the International l Year of Housing for the Homeless   and what  some local Niagara  agencies who serve  those living in poverty are currently calling  housing    “crisis”, it is very good news that  both Federal and Provincial governments are  planning  to invest extensively in  affordable  housing . But, is this  enough  given the severity of the  problem?

As Diane Corkum, Executive Director of the Niagara Falls Project Share Food Bank    says,  “The  scarcity of housing has built up over many years, but these days agencies are having a much more difficult, if not impossible,  time to find affordable housing “.

And according to the  Niagara  ‘A Home for All’ Task Force, “in 2016 4,400+ households were on the wait list for affordable housing .”, while   earlier media reports noted that  Adrienne Jugley Niagara Regional Commissioner  of Community Services, said   ‘People can wait as long as 10 years on the list.”

For his part Bob Barkman of  ‘RentSmart Ontario ‘ feels that in order to avoid the dismal failure of past promises,  there is a need for a “new social contract”  and broader thinking, with all levels of government and the social service sectors, among others,  working on housing within the  wider  ‘poverty’  issue for solutions. These could well include dramatically different comprehensive programs, such as the  Basic Annual Income .

Bob will be joined on NDCW Panel on Homelessness  by Elisabeth Zimmermann, Executive Director,  YCWA of Niagara; AJ Heafey , Niagara Falls Community Health Centre and  Rob Cammaert, of Bethlehem Housing , all of whom work hard to provide much needed housing and other  supportive services to residents of Niagara.