“Contrast that to the reaction of the (Ontario) Wynne Government to Ontario Power Generation’s (OPG’s) plan to seek a 10-year license extension for the Pickering Nuclear Station.” –          Ontario Clean Air Alliance

New York State has reached a deal to shut down the 40-year-old Indian Point Nuclear Station, located less than 30 miles north of New York City, on the basis that it is too close to a large urban area. 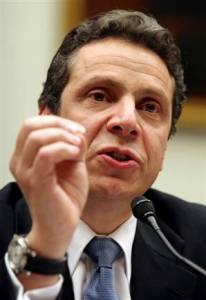 To New York State Governor Andrew Cuomo, closing the aging plant was the only reasonable option, despite the request by Indian Point’s owner for a 20-year license extension: “Why you would allow Indian Point to continue to operate defies common sense, planning and basic sanity.” The state government has so little faith in the wisdom of continuing to operate Indian Point that it has also demanded additional safety inspections and more independent review of plant operations.

Contrast that to the reaction of the Wynne Government to Ontario Power Generation’s (OPG’s) plan to seek a 10-year license extension for the Pickering Nuclear Station. Pickering is actually older than Indian Point. And there are twice as many people living within 30 km of Pickering than live within the same distance from Indian Point (2.2 million versus 1.1 million).

Despite a situation that should be ringing alarm bells at Queen’s Park – just as Indian Point raised alarms in the New York state capital – the Wynne Government is passively signing off on OPG’s request to extend the life of North America’s 4th oldest nuclear station (and one of its most expensive to operate) which is located right on Toronto’s doorstep.

It’s a study in contrasts, with one government actively seeking to replace an old and dangerous nuclear station with low-cost water power imports from Quebec, and the other clinging to a dinosaur that threatens the safety of millions of people.

If you think Ontario should learn from New York, close the Pickering nuclear station in 2018 when its license expires and replace it with low cost water power from Quebec, please sign our Close-Pickering.ca petition now. And please pass it onto your friends.

For more information on the deal New York State reached to shut down this nuclear power facility, click on – http://www.nytimes.com/2017/01/09/nyregion/cuomo-indian-point-nuclear-plant.html?ribbon-ad-idx=5&rref=nyregion&module=Ribbon&version=context&region=Header&action=click&contentCollection=N.Y.%20/%20Region&pgtype=article&_r=0 .

About the Ontario Clean Air Alliance – The Ontario Clean Air Alliance is a coalition of over 90 organizations that represent more than six million Ontarians.   We led the successful campaign to phase-out Ontario’s five dirty coal-fired power plants.   We are now working to move Ontario towards a 100% renewable electricity future through an integrated combination of energy conservation and efficiency, water power imports from Quebec and cost-effective Made-in-Ontario green energy.

For more on the Ontario Clean Air Alliance, click on – http://www.cleanairalliance.org/ .