“Niagara families needed to see a budget that made building affordable housing a priority and provided assistance for young families trying to buy their first home – but it is clear that Doug Ford’s budget will once again only make life easier for his developer buddies, and it does nothing for families.

“We have a housing crisis in Niagara – people from our own community literally cannot afford to buy a home here. Parents are watching as their kids have no choice but to leave the community they were raised in. The problem is worse now than four years ago, and families — especially young families — are paying the price,” said Stevens.

“Healthcare across Ontario is broken after years of underfunding and neglect. Coming out of the pandemic it’s clear that now is the time to invest in better care, hire health care workers and fix the system. Now is the time to invest in healthcare, not kick it while it’s down,” said Burch. “Just last week the legislature passed my motion to save the Welland Hospital Emergency Department for the people of Welland and Port Colborne. Ford’s budget ignores this entirely. We’ll make sure Welland families get to keep full services at their hospital. we will fight to fix it.”

“Every day, we hear from seniors’ who are struggling to pay their bills. The price of gas is increasing, the price of food is going up, their rent is going up – and their benefits aren’t increasing. The fact that this budget assumes they’re comfortable with their costs of living is tone-deaf. It’s not just seniors – people can barely afford to drive to work yet their wages aren’t moving. This budget misses the most important thing, making life affordable – since Ford won’t do anything about, we will,” said Gates 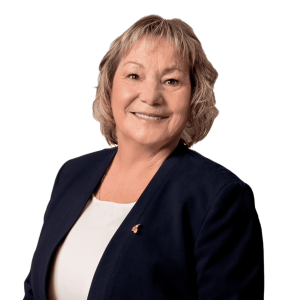 Ford’s budget shows he’d spend $2.7 billion less than inflation over the next three years. That would mean axing tens of thousands of teachers, education workers, nurses, PSWs and other critical employees. The platform budget also reveals how deep the Ford government cut in 2021-22 — during a pandemic when people and small businesses needed help the most: