Marcie Jacklin is one of the citizen leaders in a David vs. Goliath battle to keep developers from destroying one of Niagara’s  natural jewels

A News Release from the Niagara Falls Nature Club in Niagara, Ontario 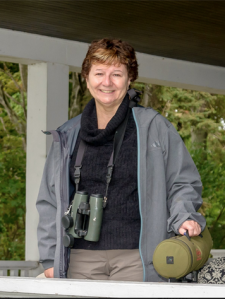 The award is being presented by representatives from the Niagara Falls Nature Club who originally chose her as the recipient in 2020.  Traditionally the award is presented at the group’s annual dinner in April, but COVID-19 resulted in the cancellation of this and other live events.

Now that restrictions are lifted, an outdoor presentation has been planned to allow for safe distancing and masking, if preferred.

Roy W. Sheppard, for whom the award is named, was the first honourary president of the Niagara Falls Nature Club.  He joined the club in 1966 and was an active member until his death in 1985.  He was internationally known as a naturalist and published scientific and nature articles.

The award named in his honour was begun in 1986, and is intended to recognize and honour an individual or group for a contribution to the Niagara Community through conservation, education or research in the field of nature.

Marcie’s passion for birding inspired her to reach out to the public through presentations to numerous nature clubs, as well as several libraries and service clubs.  She also leads many bird watching hikes.

Other conservation activities include serving as compiler for many years for Christmas Bird Counts and as director for the Buffalo Ornithological Society and the Ontario Field Ornithologists. 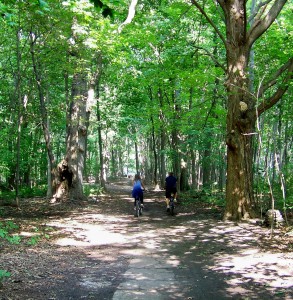 A look inside Wavely Woods, a natural haven enjoyed by many Niagara residents and visitors to the region. Let’s keep it that way!

She helped with Niagara’s Natural Areas Inventories and wrote four chapters in *Niagara Birds*, edited by John Black and Kayo Roy.  She also studied the wellness of residents in a nursing home after bird feeders were installed on the property to encourage the enjoyment of nature.

Marcie initiated the Niagara Birding Conservation and Tourism Collaborative which is hoping to improve conditions for birds and birders visiting Niagara.

She is proud to be one of the founding members and is President of Community Voices of Fort Erie, an incorporated group advocating for the protection of Fort Erie’s critical natural and historical resources for the benefit of current and future residents and visitors to Fort Erie.

To read a related story posted on Niagara At Large this past 2021, of Marcie Jacklin winning a major award from the Canadian Wildlife Federation, click on – https://niagaraatlarge.com/2021/06/25/niagaras-marcie-jacklin-honoured-with-major-wildlife-conservation-award/ .