In A Region Facing Enough Serous Challenges, David Bylsma and his Screwball Antics Pose a Distraction We Can’t Afford

A Commentary by Niagara At Large reporter and publisher              Doug Draper 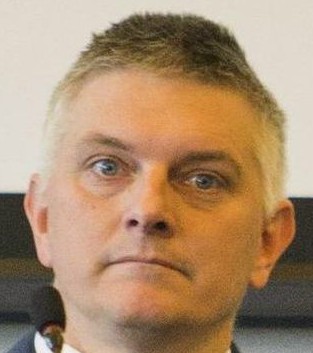 West Lincoln Mayor and Niagara Regional Councillor David Bylsma. His screwball antics are a waste of our time and money – especially at a time when Niagara has so many other more important challenges to address

Even as Niagara finds itself facing ballooning costs for policing and for hosting the 2022 Canada Summer Games, and a host of other issues around skyrocketing housing and rent prices, along with a serious shortage of affordable housing, not to mention an ongoing opioid epidemic, we have West Lincoln Mayor and Niagara Regional Councillor David Bylsma popping up again, just  in time for Halloween.

This time it is because of an October 8th report that has just surfaces from Niagara Region’s integrity commissioner, stating  the obvious about Bylsma’s  bone-headed move a few months back, to use social media to ask a young Niagara woman, Emily Spanton, he hardly knows, except that she is vaccinated for COVID-19,  if the vaccine was disrupting her menstrual cycle.

The integrity commissioner goes on to recommend that the Region’s council, as early as a meeting it is holding this Thursday, October 21st, consider suspending Bylsma’s pay as a regional councillor for at least seven days. 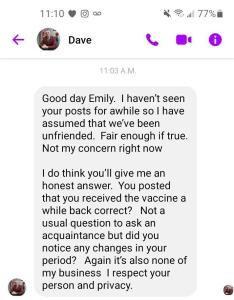 Who knows how much losing seven days of pay at the Region will matter to someone who reportedly is part of a family business at home and is also receiving whatever salary he gets as Mayor of West Lincoln. It may be well worth whatever sympathy and support he receives from a certain segment of his political base in a municipality that has had a long-time tolerance for right-wing extremism.

What we should consider though, and not to fault St. Catharines Regional Councillor in the least for bringing this latest disgraceful incident to the attention of the integrity commissioner is how much money and time all of this is costing the people of Niagara.

Public concern and controversy around David Bylsma goes back to at least 2019 when citizens across the region wondered what this first-term mayor and regional councillor  was doing serving as Chair of the Niagara Peninsula Conservation Authority’s (NPCA’s) board of directors when he is a leading representative of a fringe political party – the Christian Heritage Party of Canada – that has openly denied scientific evidence that human activities have anything to do with the climate crisis.

Other NPCA board members, including a good number of his Regional Council peers,  ultimately moved to remove him from the Chair’s post – a decision that makes eminent sense for an agency that needs to keep the climate crisis firmly in mind in its work as a conserver of our natural environment.

The visible expression of indignation on Bylsma’s face when that decision was made was proof positive that the man seems to be operating with an alternative set of “facts” in an equally alternative reality.

Earlier this year, there was Bylsma again, one of the headline speakers at a large anti-lockdown demonstration in St. Catharines that was peppered with anti-mask, anti-vaxxer tropes that are common to Trump rallies across the border and included vilifying vaccination as a form of “biological warfare.”

For this act, held in the middle of an Ontario-wide lockdown driven by dangerously high surges in COVID cases, Bylsma continues to face charges and has had many of his powers as mayor pulled by a majority his own West Lincoln Council.

We could go on, with this stupidity but hopefully you get the point.

This character has already used up enough precious time at council meetings and in the press with his nut bar antics and let us also hope that this Thursday, October 21st, the Region’s council takes only a matter of minutes suspending his pay, then moves on to issues of more importance to the people of Niagara.

Niagara mayors and Niagara Regional Chair Jim Bradley at an official ceremony  on  September 18th, 2020. If you look close, West Lincoln Mayor David Bylsma, second from left and toward the back, is the only municipal leader not wearing a mask. When this event was scheduled, new  reporters attending it were told to wear a mask. But as par usual, Bylsma flaunted this health measure

Please move on from this clown show and get back to dealing with issues like improving our public transit system and shaping new planning and economic development strategies that are in more harmony with a healthy environment and our children’s future.

The only real solution for rogue characters like Bylsma in our public affairs is to fire them out of office.

Let us hope that for the sake of themselves and the rest of Niagara, the people of West Lincoln do that next year, in the in the Fall 2020 municipal elections.

To read related news and commentary Niagara At Large has posted on Bylsma, click on the following links –