Brock U. Immunologist Calls For National Conversation to Reach the Unvaccinated

“We are at a pivot point. … (We need to reach)  those pockets of people who are hesitant because of misinformation or perhaps for ideological reasons.”        – Brock University immunologist Adam MacNeil

A News Release from Brock University in Niagara, Ontario 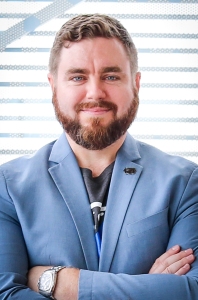 Niagara, Ontario – Estimating Canada may need to achieve a vaccination rate of close to 90 per cent for the population to be fully protected, Brock University immunologist Adam MacNeil is calling for a “national conversation” to reach Canadians reluctant to be vaccinated against COVID-19.

The Associate Professor of Immunology says that while there are a number of authoritative sources providing reliable information in the media and elsewhere, and Canadians have a relatively high vaccination rate, it’s not high enough to achieve herd immunity.

“We are at a pivot point and need to elevate and disseminate the conversation into communities, leveraging all of our experts and their messages to create one unified, culturally-sensitive national voice that will reach those pockets of people who are hesitant because of misinformation or perhaps for ideological reasons,” MacNeil says.

This national conversation could be in the form of a televised countrywide town hall meeting, he says.

This should be accompanied by a “boots on the ground” campaign of more pop-up clinics, door-to-door canvassing, physicians and pharmacists reaching out to their patients, and other measures to break down logistical and information barriers for the vaccine-hesitant.

He urges individuals to reach out to reluctant family members, neighbours, colleagues and others in their personal networks to provide support for vaccination.

Trust is key to changing the minds of those hesitating to be vaccinated, MacNeil says. 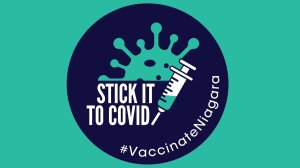 “I don’t think just pounding on the table saying, ‘vaccines work, you have to get it,’ is the solution in those cases,” he says. “It comes from genuine conversations with people they trust.”

A little more than 75 per cent of eligible Canadians have received at least a first dose of a COVID vaccine, with more than 40 per cent double-dosed. But with the arrival of variants such as Delta and Lambda, and the approaching school year, MacNeil estimates full protection of the population may require Canada to reach a vaccination rate of close to 90 per cent.

“We need to position ourselves with the highest possible level of herd immunity, so that we can mitigate the challenge that we’re going to see this fall — and it is coming,” he says. “Second doses are enormously important in establishing the most protective level of immunity. Let’s make it a two-dose summer for everyone.”

There are a variety of reasons why people are reluctant to receive a COVID-19 vaccine. Some want to get the jab but might not have the technology or know-how to book an appointment or can’t afford the time off work to get the shot or recover from potential side-effects.

Language and cultural barriers are an issue in some communities, while mistrust of the medical profession and misinformation in general might stop others. Some people are afraid that they will be among the minority of cases experiencing severe reactions.

A few might believe that these vaccines don’t actually work, a point MacNeil is particularly passionate about refuting. He points to numbers from Ontario’s new Chief Medical Officer of Health Dr. Kieran Moore indicating that between May 15 and June 12, nearly 99 per cent of COVID cases involved individuals who were not fully vaccinated.

“He says there is a small group deeply embedded in COVID-19 conspiracy theories and those who are hard-core anti-vaxxers; most efforts to reach those people are wasted, but there are large pockets that are absolutely reachable. 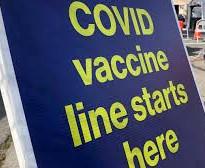 For the sake of all of us, the line needs to be full and has to start moving much faster

And for those who believe that if everyone around them is vaccinated, they don’t need to get the vaccine themselves because they’re protected?

“There just isn’t a lot of room for people to rest on the investments of others,” MacNeil says.

“Your community includes vulnerable people who, for various reasons, can’t get the vaccines. That includes all children less than 12 years old, people who are immuno-compromised and those who have had various types of medical conditions or recent surgeries and require immune-suppressant medications,” he says.

“If you’re a person who can get a vaccine, make the altruistic decision to protect your whole community. It’s about ‘Team Canada,’ your family, your neighbour; it’s about creating a safe country for us to live in, and that takes all of us.”