A News Release from Niagara’s Regional Government in Niagara, Ontario

Niagara Regional Chair Jim Bradley (recently) announced the names of the eight winners of the inaugural Niagara Impact Awards at this evening’s meeting of Regional Council.

The Niagara Impact Awards were created to recognize individuals, non-profit organizations and private sector businesses who have gone above and beyond to improve the quality of life of those living in the Niagara region.

Having heard countless impressive stories of the community making sacrifices to support one another, the Niagara Impact Awards were announced at the Chair’s 2021 State of the Region address as a way to acknowledge those inspiring efforts.

With over 250 submitted nominations, hundreds of stories were shared about those who made a substantial, positive impact on our communities. The scope and scale of the nominations ranged from moving personal stories, to broad, region-wide examples of service. 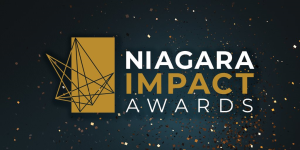 * Tom Rankin (St. Catharines) – nominated for both his significant personal contribution, and securing numerous other donors, to achieve the goal of raising $2.8 million needed to purchase a new MRI machine for Niagara

* Justin Preston (Fort Erie) – nominated multiple times for his substantial work as a motivational speaker combating bullying, his role as a Kids Help Phone ambassador and his community outreach to housebound individuals during COVID-19

* Natasha Bell (St. Catharines) – received multiple nominations for her role in helping to build a stronger and more diverse region through the creation of Black Owned 905, an online community to promote black-owned businesses in Niagara

* Amanda Cote (St. Catharines) – nominated multiple times for numerous selfless acts that range from purchasing and delivering groceries to housebound residents due to COVID-19, to raising thousands of dollars for those in need through the coordination of multiple raffles and baseball tournaments

* Anisha O’Brien (Welland) – as an 11-year-old, Anisha was nominated for her generous act of crocheting and donating 100 scarves to the Hope Centre in Welland with the hopes of keeping homeless individuals warm during the winter

* Royal Canadian Legion, Branch 613 (Fonthill) – nominated multiple times for the extensive community impact of preparing and delivering over 14,000 meals, free of charge, to individuals who were housebound due to the ongoing pandemic

To listen to a video, produced by Niagara’s Regional Government, featuring comments from the winners, click on the screen immediately below –

Winners of Niagara Impact Awards will receive a trophy and certificate of recognition for their efforts to make Niagara a better community. All nominees who met specific criteria will receive an award of merit certificate for their meaningful contribution.

A Brief Note from Doug Draper at Niagara At Large –

It is disheartening for me and I think for many others these days, to turn to the news and be bombarded by all of the negative and ugly things that are going on.

I find it disappointing that on a news and commentary site like this, we often seem to get spikes in readership when the news is about a bad actor doing bad things, than when we have articles about good people doing good things for our communities.

Maybe it is a function of the ugliness that the internet and social media appears to be such a magnet for, along with the  poisonous fumes left behind by Trump and his cult.

Whatever it is, I would argue that it would do us all a favour to also spend some time recognizing those individuals in our communities who are doing things to make our lives better.

How about a bit of that for a change?