‘As Ontario’s last environmental commissioner (Dianne Saxe) has repeatedly stated – urban sprawl is the Ontario equivalent of the tar sands and is the main cause of increasing carbon emissions.’

(A Brief Note from Doug Draper at Niagara At Large – When you read the following CATCH commentary on the threat to farmland around Hamilton, please think Niagara too. The same weakened conservation and environmental protection rules, courtesy of Ontario’s Ford government, pose just as much of a threat to our farmlands and other green lands here.) 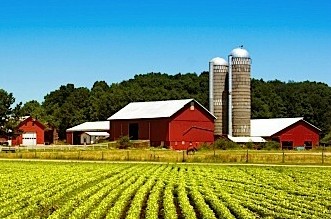 Why does Ford want to pave over ever more of what is left of our food-growing places in Ontario?

Early this year Hamiltonians will be asked, once again, whether they favour or oppose more residential expansion onto farmland, but the outcome appears to already have been decided. By rewriting the planning rules the provincial government seems to have ensured more sprawl development whether the city and the public wants it or not.

The official question in the upcoming consultation is how to add a predicted 235,000 more people to Hamilton over the next thirty years – a fifty percent increase over the city’s current population. In the past, the planning time frame was the next 20 years not 30 and these provincial projections have repeatedly been over-estimates for Hamilton.

In theory this growth could be accommodated by higher densities in the already built-up area along with strong density requirements on the remaining greenfield areas inside the urban boundary. That’s was the outcome most favoured in the public consultation a year ago on the city’s strategic growth plans largely because it would minimize the greenhouse gas emissions that are driving climate change.

Indeed the concerns about the climate emergency were expressed so strongly by the public that staff added “plan for climate change mitigation and adaptation, and reduce greenhouse gas emissions” to its overall growth plan directions and made that number one of its updated ten point list. 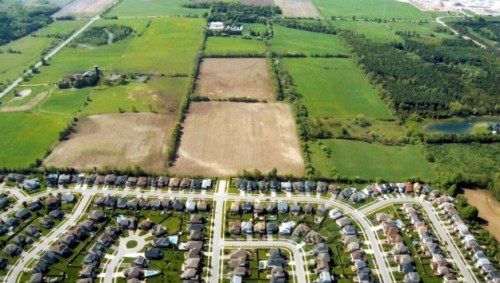 As Ontario’s last environmental commissioner has repeatedly stated – urban sprawl is the Ontario equivalent of the tar sands and is the main cause of increasing carbon emissions. But the new provincial rules issued in August, in the middle of the pandemic, dictate that municipal growth must be guided by “market demand” and climate change cannot be considered in the central planning study.

Those rules drove the Land Needs Assessment study released last month by Lorius and Associates consultants. It concluded that except for the protected Greenbelt, all of Hamilton’s remaining farmland must be converted to new residential subdivisions.

The Lorius study offers three growth options depending on how many people can be accommodated within the existing urban boundary. The exact amount of farmland required is dependent on how much intensification takes place. Provincial rules say that at least half of new housing units must be in the existing built-up area, but Lorius calls this an “aspirational goal” that is “at the high end of the range of market demand”.

His calculation says even if Hamilton meets that target, 5500 acres of rural land will be needed for the rest of the new population. The report offers two other calculations. If 55 percent of new residences are inside the built-up area then the farmland consumption drops to 4000 acres. And even if a 60 percent intensification rate is achieved, then the rural land use will still be 3300 acres.

Lorius argues that nearly all the intensification will be in apartment and condo towers and less three percent will be achieved by other densification measures His market demand analysis projects three-quarters of new residential units will be singles, semis or townhouses and that 20,000 of these will have to be shifted to apartments for Hamilton to even achieve the 50 percent “aspirational” level of intensification.

Consistent with the new provincial rules and other Ford government policies, the 59-page Lorius assessment of Hamilton’s growth patterns for the next 30 years does not mention climate change.

The new Progressive Conservative rules also lower the density requirements for new subdivisions. The Wynne government required each hectare of greenfield development to accommodate at least 80 residents or jobs. The Ford government chopped this down to 50 per hectare, and even the densest Lorius report calculations only anticipate reaching 75.

The sum of these provincial rule changes leave both city staff and residents with “very little wiggle room” in directing growth patterns between today and 2051 irrespective of what comes out of the upcoming public consultation.

CATCH (Citizens at City Hall) updates use transcripts and/or public documents to highlight information about Hamilton civic affairs that is not generally available in the mass media. Detailed reports of City Hall meetings can be reviewed at hamiltoncatch.org .

You can receive all CATCH free updates by sending an email to http://hamiltoncatch.org/newsletter/ ?p=subscribe .