Remembering Canadian Victims on Flight 752 – Shot Down Over Iran, One Year Ago Today

“Over the past year, Canada has worked tirelessly to get the transparency, accountability, and justice that the victims and their families deserve. We have been unrelenting in pursuit of the truth, and Canada will not accept anything less.”                             – Justin Trudeau, Prime Minister of Canada

The Prime Minister, Justin Trudeau, today issued the following statement to mark the first anniversary of the downing of Ukraine International Airlines Flight 752: 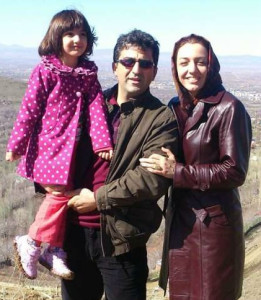 Three of the 63 Canadians, Bahareh Hajesfandiari, his wife Mehdi Sadeghi and their daughter Anisa, who perished when a Ukrainian jetliner went down in Iran

“One year ago today, a passenger jet carrying 55 Canadian citizens and 30 permanent residents, was shot down by an Iranian surface-to-air missile, in Tehran. Of the 176 innocent people who died on Ukraine International Flight 752, 138 had ties to Canada. Today, we honour those who were lost and stand shoulder to shoulder with the people they loved.

“Over the past year, Canada has worked tirelessly to get the transparency, accountability, and justice that the victims and their families deserve. We have been unrelenting in pursuit of the truth, and Canada will not accept anything less than a comprehensive and honest explanation from the Iranian regime of what exactly happened that day.

“We continue to work closely with our international partners to ensure a thorough, transparent, and credible investigation into the cause of this tragedy, and to hold Iran accountable, including by ensuring that Iran makes full reparations for the victims of PS752 and their grieving families, and to ensure that those responsible are brought to justice.

“We have also been unwavering in our commitment to support the families through this painful and tragic situation and keep Canadians safe from future disasters. 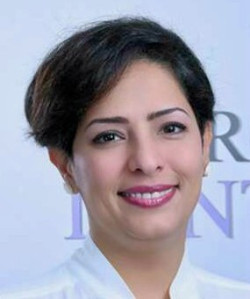 Dr. Parisa Eghbalian, a dentist from Aurora, Ontario, also went down in the jet crash. We an only dream what this wonderful person would have done to help us now during this pandemic. What a horrible loss, along with all of the others.,

“Last month I welcomed a report by Special Advisor Ralph Goodale, which will help establish best practices to prevent and respond to any future air disasters if they occur, including by providing better support to the families of victims. We have also led the development of a global Safer Skies Initiative to better protect passengers from the risk of flying in or near conflict zones.

Immigration, Refugees and Citizenship Canada will provide more details about who will be eligible and how to apply once the policies are implemented. In the meantime, family members who are in Canada on a temporary basis can apply to extend their stay if needed.

“In honour of the victims of Flight 752 and other air tragedies, the Government of Canada has designated January 8 of every year as the National Day of Remembrance for Victims of Air Disasters. And, to pay tribute to the students, teachers, and all those who had ties to schools across the country, we are also establishing scholarships in memory of those on Flight 752. We will continue to consult with the families on commemoration initiatives, including a physical tribute in remembrance of those who lost their lives in air disasters.

“Today, as a country, we remember those who were lost in this national tragedy, and we mourn with all who were left without a family member, loved one, or friend. Together, in this time of sadness and heartbreak, we will continue to honour the memory of the victims – and we will never forget them.”

Niagara At Large posted a news commentary on this tragedy shortly after it occurred Please note that the reported count of Canadian casualties at the time was 63. Now, a year later, the number of Canadian victims is reportedly 55.

A Statement on this Tragedy from Ontario Premier Doug Ford –

TORONTO — Premier Doug Ford issued the following statement on the anniversary of the fatal plane crash in Iran: 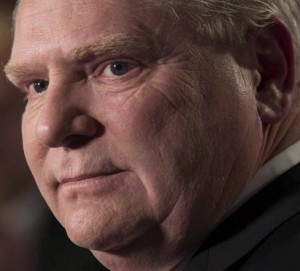 “One year ago, Ukraine International Airlines Flight 752 was shot down minutes after takeoff from Tehran, Iran. 55 Canadian citizens and 30 permanent residents were among the 176 people killed. They came from all walks of life — families with children, professionals, newlyweds, university and college students and  educators.

Today, I want to reach out to the families, the friends, the communities who will forever feel this terrible loss. All Ontarians grieve with you. Our government continues to support our federal counterparts working with the international community to pursue accountability, reparations and justice.

This tragedy will never be forgotten. Together, the people of Ontario will move forward to ensure respect for international law and advocate for the rights of victims and their families.”

All Trump ever did to Canada was say to hell with us.. so glad to see the back of him.

Many of you may remember that this tragedy occurred just days after now-outgoing U.S. President Donald Trump had what he seemed to hope might be his Osama Bin Laden moment, by blowing away Iran’s top general in a drone attack.

Shortly after that, we learned that a heat-seeking Iranian missile reportedly shot this commercial airline, crossing Iran’s airspace, out of the sky.

As horrifying as that news was, there was never anything amounting to a full-throated public word of upset to Canada for the innocent people – men, women and children – our country lost on that plane.

Like everything else during Trump’s reality show presidency, Canada has been treated (pardon me for being blunt enough to put it this way) like shit.

Indeed, shortly after this terrible tragedy, Trump held one of his neo-Nazi campaign rallies a few miles from the Canadian border, in the Toledo, Ohio area, and while beating his chest like King Kong over the killing of the Iranian general, never stopped to say a word of condolence to those who lost lives – Canadian and American – in this jet tragedy.

One more reason why we should all feel good about seeing the back of Trump – at least in the office of one of the most powerful people in the world.