‘Democracy Is Coming to the U.S.A.’ – the late Leonard Cohen 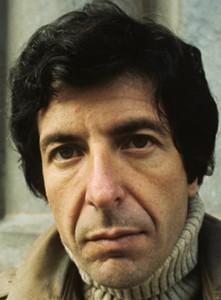 Believe it or not, four years have now passed since one of Canada’s greatest gifts to the world – poet, songwriter, singer Leonard Cohen – passed away on November 7th, 2016 at age 82.

I was thinking of Leonard just days ago, as our American neighbours and the world were waiting and waiting for enough votes to be counted to declare Joe Biden and Kamala Harris the next president and vice-president of the United States.

And hallelujah, for the sake of the United States and the world, this past Saturday, November 7th, it happened – a day that will live in history as the beginning of the end of Trump’s reign of chaos and terror, and the most monstrous presidency in close to two and a half centuries of American history.

After it was announced on November 7th that Biden beat Trump, a friend of mine from Buffalo, New York sent Niagara At Large a very nice Youtube clip of the singer Bon Jovi performing Leonard Cohen’song Hallelujah, which sums up how so many of us felt after we heard the news that Trump was finally odeclared what  we always felt he was – A LOSER!

Prior to that, and while the world was still on the edge of its seat waiting for the election results, I had another Leonard Cohen song ringing through my mind called ‘Democracy’.

To watch and listen to Bon Jovi’s performance of Leonard Cohen’s Hallelujah, click on –

One response to “‘Democracy Is Coming to the U.S.A.’ – the late Leonard Cohen”