Spencer Davis was “like a big brother to me … He was influential in setting me on the road to becoming a professional musician, and I thank him for that.” – Steve Winwood, who rose to  stardom as lead singer and keyboard player in The Spencer Davis Group

A Brief Tribute by Doug Draper at Niagara At Large 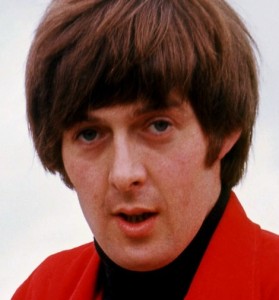 Spencer Davis, photographed here at the height of his fame in the 1960s

When The Beatles conquered the North American music scene in 1964, a wealth of musical talent followed in their way in what became known at the time as ‘The British Invasion.”

Among the many great groups that were part of this invasion’s first wave were The Rolling Stones, The Who, The Animals featuring Eric Burdon, The Yardbirds, featuring a young Eric Clapton and later Jeff Beck, The Hollies featuring Graham Nash, Them featuring Van Morrison, The Kinks, The Dave Clark Five and The Spencer Davis Group featuring an amazing teen singer and keyboard player, Steve Winwood.

Of course, there would be no Spencer Davis Group or venue for Steve Winwood to continue on with a successful solo career of his own if it were not for the guy who founded the group in Birmingham, England in 1963 – Spencer Davis.

When I was still a young high school kid growing up in Niagara, Ontario in the 1960s, there was a popular music venue for rock groups, along the shores of Lake Erie in the Port Colborne/Wainfleet area at the time, and one night The Spencer Davis Group played there.

Already loaded with hit songs like I’m A Man, Somebody Help Me, Keep On Running and, of course, Gimme Some Lovin’, the place was already sold out before I and a couple of my high school buddies got there. 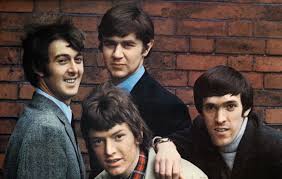 The Spencer Davis Group, circa mid 1960s with spencer Davis at left and Steve Winwood, second from left in foreground.

The Spencer Davis Group, with its stacks of speaker columns, had a reputation for being loud and that night, as we decided to walk along the beach near the venue (perhaps somebody out there can remember its name) where they played, we swear we could still hear the pounding of the bass and drums, and the thrush of Winwood’s Leslie-drenched Hammond organ a half a mile away.

I have wondered ever since how many noise complaints the police received from cottage dwellers in the vicinity of the club that night.

Indeed, the glass-shattering volume of Spencer Davis and company was only equaled by the level of talent in the group.

You could literally feel the power of the sound blasting off a turntable every time you played Spencer Davis Group record.

Here, with fond memories of Spencer Davis, in a song from the group that took off like an Apollo rocket. To hear it, click on the screen immediately below –

Call me old-fashioned, but how many songs recorded in the last five years have the capacity to instantly grab you and kick butt like that?