A Gripping Look At One Citizen’s Epic Battle with Marineland in Niagara, Falls, Ontario

If you missed the CBC Television debut of this award-winning documentary film this past May, now is your chance to see it for the first time on the big screen, this Sunday at the Can View Drive-In in Niagara.

The following is a brief promotional summary of the film –

The Walrus and the Whistleblower (2020) 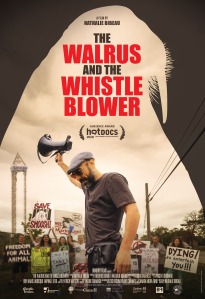 Phil Demers is a part-time mailman who lives in a bungalow across the creek from MarineLand, the iconic amusement park in Niagara Falls, where he had his dream job as an animal trainer for over a decade. He swam with killer whales and ran the show, until he quit and blew the whistle, making claims of animal abuse and calling for an end to the near 60-year-old practice of keeping marine mammals in pools.

For a news commentary on the film, posted this past May on Niagara At Large, click on – https://niagaraatlarge.com/2020/05/25/new-film-focuses-on-former-marineland-trainer-and-whistleblower-phil-demers-his-epic-battle-with-an-iconic-niagara-falls-amusement-park/

For another  piece Niagara At Large posted on the documentary this past May, click on https://niagaraatlarge.com/2020/05/28/a-gripping-look-at-one-citizens-epic-battle-with-marineland-in-niagara-falls-ontario/