This Virus is No ‘Hoax’, Folks. Take It Seriously. Whenever Possible, STAY HOME!

A Commentary by Doug Draper at Niagara At Large, followed by a message we should all take seriously from Leslie Daniels, a retired nurse in Niagara, Ontario

Not that I don’t take it  seriously, but I may not have  been freaking out over the Coronavirus outbreak as much as I think some people have.

Yet one of the more frightening pieces of news I read in one of our local newspapers over the past week or so is that in all of Niagara, Ontario, at least as of March 19th date the article was posted, there are on enough hospital beds to handle “about 54 severe cases of COVID-19” at any one time.

Think about that my fellow Niagara citizens.

In a region with a population of more than 440,000 residents, we only have (as of only a few days ago, at least) enough hospital beds in Niagara for slightly more than 50 people who may come down with a severe case of this potentially fatal virus.

So far, people in Niagara, and people in all of Ontario, for that matter, have been relatively lucky compared to other jurisdictions on this continent.

Less than a month ago, Ontario and New York State had about the same number of known and confirmed cases of the COVID-19 coronavirus. Now we see New York State, with a total population significantly larger than Ontario’s, struggling with the largest number of confirmed cases of the virus of any state or province in North America, with the state’s governor, right down to its health care workers, worried sick about the possibility that the number of cases may far over over-run the facilities available to treat victims of this virus and keep them alive. 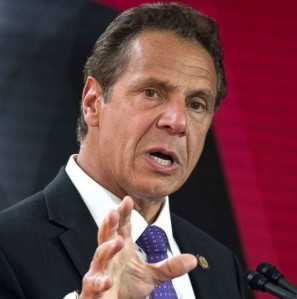 And that is the current state of things for New York even though its governor, Andrew Cuomo, has, for most of the past few months now, shown as much, if not more, leadership than any other political leader on the continent when it has come to taking as many proactive measures as he can (with little or no help from the Trump White House) to “flatten the curve” around the number of cases that may need medical treatment.

Watching what is unfolding in this neighbouring jurisdiction across the now closed Canada/U.S. border, and considering the lack of severe care beds we have here, should the caseload do as it has done in New York State and grow exponentially worse, and there is all the more reason for heeding the advice of our Prime Minister and Premier, and the best medical experts in the world, and “STAY HOME,” and if we have to go out, only for absolutely essential reasons, keep as safe as possible (relatively six metre) distance from one another.

I have the feeling that most of us are taking this new reality of staying at home and “social distancing” seriously, but some are not.

For reasons that have little or nothing to do with what leading experts in the fields of health care and science are telling us – perhaps some of them have been listening to that con man in the White House who spent several weeks calling this growing pandemic nothing more than a “minor flu” or a “hoax” – I’ve seen people out there shrugging their shoulders over this and going about business as if little or nothing is going on.

I had to go to a store for a few minutes this past Sunday (March 22nd) to pick up a few essential items for our home, and while most of the people in the store were good about walking a wide circle around one another, there was one woman, who looked like she was in her mid-50s, who walked right past me, barked out; “What’s the big deal,” and followed up with a cackle and a couple of fake coughs.

I had to quickly remind myself  that I would probably be arrested and charged with assault if I kicked this irresponsible and idiotic person in the backside.

This March 23rd, in one of his regular televised news briefings on the coronavirus outbreak, New York State Governor Andrew Cuomo put it this way about people who are still going out there, and gathering in groups or crowding others in the circumstances we face today –

“It’s insensitive, it’s arrogant, it’s self-destructive, it’s disrespectful and it has to stop now. This is not a joke, and I am not kidding,” the governor said.

Please heed the calls to stay home unless it is absolutely essential.

And in that spirit, here is a message sent to Niagara At Large a few days back for possible posting from Thorold resident Leslie Daniels, a retired nurse who worked at the former Hotel Dieu Hospital when, as she put it, “ people still remembered polio and other horribly contagious diseases that took many lives and maimed others.”

Here are her words on this – 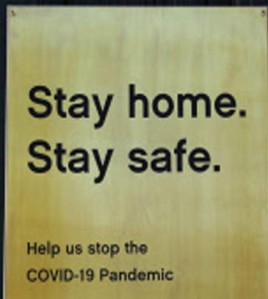 Okay so you’re one of those people that see no need to self-isolate. You haven’t been travelling, don’t know anyone who has and because of your age see no need to take the precautions society is being advised to take.

So… you go to the grocery store and get what you need as usual. You even take your kids. Sounds harmless – right?

Reality is that many with the virus will show no symptoms, some may become carriers.

The virus being an opportunist can live on surfaces for 20 hours. It can make it’s host still infectious 37 days after he has contracted it – even if he is never aware of that.

And may, just maybe have picked up your can of peas but changed his mind and put them back. on the shelf.

It could be that you, your wife, a child helping to put groceries away ALL handled the peas. Could be many people before you handled that can, the door, or buggy he used etc., etc., etc.

Each one of you now go home.

No symptoms so their kids go to play dates, the mall, the parents to relatives or friends…

See where all this is going?

It is going the way of China, South Korea, Italy…. thousands of new cases – a lot all needing doctors and nurses, requiring ventilators and ICU beds which are nowhere near meeting the needs.

Many will get pneumonia and if older will have to be left to drown and die because of the overwhelming failure of our health care system.

The ONLY way to help even a little is to stop the huge surges of those needing help. Have them level out over a longer period. Don’t get me wrong – it will be the same number requiring aid but it gives us a chance to be able to help more of them.

I HATE being isolated but do not want my husband or I to become inadvertently exposed. To us this means not seeing our children and grandchildren for a little while so that in the future we are all here to see each other once again.

Please abide by the safety precautions being put in place today. They are not there to make you uncomfortable and they are certainly NOT an over-reaction.

THIS IS NOT a drill !