“Mayor Diodati is Trumpian in his vendetta against a Councillor who he appears to dislike and who consistently votes and speaks her mind.”

A Call of Support for the Councillor from A Better Niagara, a Niagara-wide citizen watchdog group

The outspoken Niagara Falls City Councillor Carolynn Ioannoni, loved by many citizen activiists across Niagara, but often at outs with Niagara Falls’ Mayor Jim Diodati and others on the council.

When I first read the news earlier this February that Niagara Falls Mayor Jim Diodiati and a majority on his council had moved hyper harshly to punish one of their own, City Councillor Carolynn Ioannoni, by suspending her council pay for 90 days and removing her from all committees and boards for the rest of the council term, my head was left spinning.

My thoughts immediately went back to a few weeks earlier to a January 30th public meeting in Niagara Falls, Ontario, where more than 200 residents came out, many of them to voice their opposition to a controversial proposal – supported by Diodati and a majority on his council – to urbanize property within metres of provincially significant wetlands inside a place known as Thundering Water Forest.

Among the very first to speak, Ioannoni received applause from the gathering when she leaned into a microphone and told  representatives of the corporation responsible for the proposal; “I don’t think you would have a room full of people here because they believe that the wetlands are going to be preserved.”

It is not the first time the out-spoken veteran councillor has taken a verbal run at the developers pushing the Thundering Waters proposal, and it is certainly not the first time she has clashed with the position of the mayor and fellow councillors over this and other issues.

Ioannoni has had a record of taking a combative stance on issues she feels passionate about for years and she has often been one of the few councillors who will show up at places where citizens gather to vent their concerns, including at the public meeting over Thundering Waters last month.

It was not surprising to see Niagara Falls City Councillor out on the picket lines recently, supporting teachers striking against the provincial government’s proposed education cuts.

And none of it seems to have hurt her all that much politically. She has been elected to council term after term, in the October 2018 municipal elections, she was re-elected to one of the eight seats on the Niagara Falls council again, in a huge field of 34 candidates.

Yet here she is now, receiving one of the harshest slap downs I can ever remember a member of council receiving anywhere in Niagara in my 41 years working as a journalist here, with this 90-day docking of pay, and banishment from all committees and boards, apparently for violating the city’s code of conduct around allegedly revealing information during a radio interview last year that was apparently discussed in a closed session of council.

I tried looking for a crime here that matched the punishment, and call me out to lunch if you like, but I couldn’t find it.

So the only word left that came to my mind was “retribution” – retribution for the many times the mayor and others on the council have been put off or pissed off by her outspokenness over the years.

So I am left concluding that something is rotten in the body politic of the so-called “honeymoon city” of Niagara Falls, Ontario alright.

And  it sure isn’t Carolynn Ioannoni!

Now here is the Call of Support for Councillor Carolynn Ioannoni from A Better Niagara, and when you are through reading that, feel free to share your views below –

Niagara, Ontario – (Niagara Falls City)Councillor Carolynn Ioannoni is asking for the Niagara Falls Council to issue a public apology and reverse its decision to suspend her pay for 90 days (!) and remove her from the boards and committees she serves on for the rest of her term. 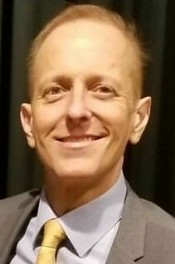 Niagara Falls Mayor Jim Diodati has shown himself, over and over again, to be no fan of Councillor Carolynn Ioannoni

A Better Niagara thinks she deserves everything she is asking for.

We also think Mayor Diodati is Trumpian in his vendetta against a Councillor who he appears to dislike and who consistently votes and speaks her mind.

The Mayor claimed Ioannoni disclosed information from an in-camera meeting about approval of FedDev funding for the Ryerson Innovation Hub during a radio interview in July.

The only problem is Diodati gave an interview in the Niagara Falls Review the day before, and it seems to us, he revealed far more than she did. See what you think.

Below, we have posted what Carolyn Iaonnoni is reported to have said in an on air interview with Radio 610 on July 29, 2019 according to the report of the integrity commissioner (read the full report here:

Below that please read what Diodati said in the Newspaper interview on July 28, 2019.
Interviewer:

“[…] Carolynn and Al [another guest], you coming to work [inaudible – “to work suburban”?] or you guys having a meeting today with whatever is going on with Ryerson. I know it’s an in-camera meeting and all those other sorts of things but what’s going on over there?” [emphasis mine]
Councillor Ioannoni:
“It’s an in-camera meeting with all sorts of stuff. […] I heard the news release and it’s an in camera so can we talk about things that have probably been spoken of […].
[…]
It’s just, it’s just we know nothing. We are going in tonight pretty much blind. We haven’t seen the application. We’ve asked for it today. We did not get it. But we’re going into the meeting and we have not seen the application.
[…]
I do not know, the deadline, the deadline is in a couple of days. So, they’ve had it since May 24th and we’re voting today for something that the deadline is in a couple days.
[…]
Yes, for today a special meeting was called and we just got the information Friday.”

“A special council meeting will be held Monday at Niagara Falls city hall to provide direction to staff regarding a federal funding application involving a proposed partnership with Ryerson University.
The in-camera meeting will begin at 4 p.m.
“This is the continuation of our efforts to partner with Ryerson in our downtown,” mayor Jim Diodati said Friday.
The city and Ryerson are working on a five-year plan for a $33-million project called the Niagara Falls Ryerson Innovation Hub.
The cost of the innovation centre would be split between the city, Ryerson, private investors and a federal grant.
The city’s first application for funding from FedDev Ontario, a federal agency, was rejected and a second, revised submission was filed.
“We did more homework, more research and we reapplied,” Diodati said. “We are trying to be consistent, and persistent.”
City council must decide whether it wants to contribute $4.2 million over five years to support the project.
“The final decision for any kind of commitment lies with council and council alone,” Diodati said. “Everything will depend on council’s decision and the 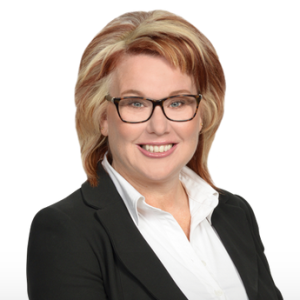 We should all stand up and support Niagara Falls City Councillor Carolynn Ioannani for all of the courage she has shown over the years, standing up for the people.

For more from information from the Niagara citizens watchdog organization A Better Niagara, click on the group’s Facebook page at https://www.facebook.com/betterniagara/

For a story published in the February 12th edition of the Niagara Falls daily newspaper about this, click on – https://www.stcatharinesstandard.ca/news-story/9851203-niagara-falls-council-suspends-ioannoni-s-pay-removes-her-from-boards-committees/ .

For another story, posted by CKTB Radio, click on – https://www.stcatharinesstandard.ca/news-story/9851203-niagara-falls-council-suspends-ioannoni-s-pay-removes-her-from-boards-committees/