On Thursday, July 18, the world will celebrate the 101st birthday of Nelson Mandela, a global icon of peace and equality who was the central figure in ending apartheid in South Africa. 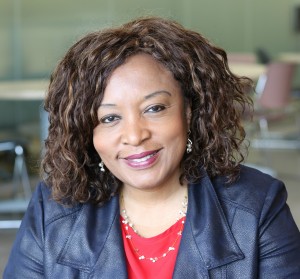 For Brock University’s Dolana Mogadime, educating others on Nelson Mandela’s legacy is more than just part of her job. It’s in her blood. Originally from South Africa, the Associate Professor in Brock’s Faculty of Education came to Canada at the age of seven.

Her great-grandfather, Henry Selby Msimang, was a founding member of a political group that became the African National Congress, later led by Mandela. Her mother, Caroline Goodie Mogadime, was recognized by the Canadian Museum for Human Rights<https://humanrights.ca/> (CMHR) for her contributions to Canada’s anti-apartheid movement.

On Thursday, July 18, the world will celebrate the 101st birthday of Mandela, a global icon of peace and equality who was the central figure in ending apartheid in South Africa.

This year’s Nelson Mandela International Day also marks the beginning of the Nelson Mandela Decade of Peace, as declared by the United Nations<https://www.un.org/press/en/2018/ga12060.doc.htm>.

Dolana Mogadime has been working with the CMHR in Winnipeg to honour Mandela’s goals for human rights education through several projects connected to the exhibition Mandela: Struggle for Freedom<https://humanrights.ca/exhibition/mandela-struggle-for-freedom>, which opened last year.

Mogadime is the CMHR’s inaugural Visiting Scholar<https://brocku.ca/brock-news/2018/06/brock-prof-shares-family-history-at-canadian-museum-for-human-rights/> and contributed to the development of a series of new educational materials for teachers and students who visit the exhibition. 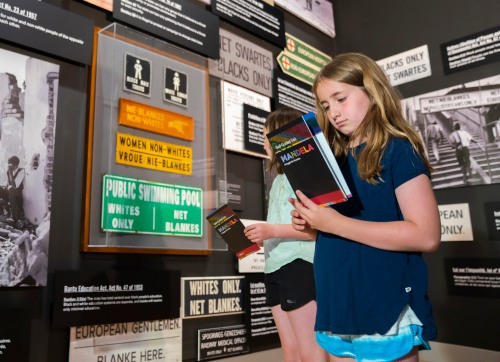 Two young people use new educational materials as they tour the Mandela: Struggle for Freedom exhibit at the Canadian Museum for Human Rights in Winnipeg. Photo: CMHR, Aaron Cohen

“For myself as a person, I think it’s about going full circle,” Mogadime said of her work with CMHR. “It is about being born in a country and leaving, like many other immigrants do, to come to Canada as a dream of a nation where we can be fully human as we were denied in our own countries.”

The CMHR’s approach to this work was inspired by a 2017 report prepared by Brock’s <https://brocku.ca/brock-news/2017/05/human-rights-task-force-maps-out-key-recommendations-for-brock/> Human Rights Task Force<https://brocku.ca/brock-news/2017/05/human-rights-task-force-maps-out-key-recommendations-for-brock/>, which made recommendations to promote and protect human rights at Brock and create a culture that is safe, welcoming and inclusive.

Earlier this year, the University signed a Memorandum of Understanding to formalize its collaboration with the CMHR. Brock President Gervan Fearon said the efforts of Nelson Mandela and others like him shaped the world as we now know it. “Across the world, we celebrate the freedom and opportunities available while acknowledging there is still work to be done and efforts needed to maintain progress previously achieved,” Fearon said.

“Nelson Mandela International Day reminds us to seek opportunities to contribute to positive change for the advancement of human dignity, equity and development as well as to address the human conditions of those imprisoned. I believe we can all find common ground in promoting and taking action in support of these themes.” 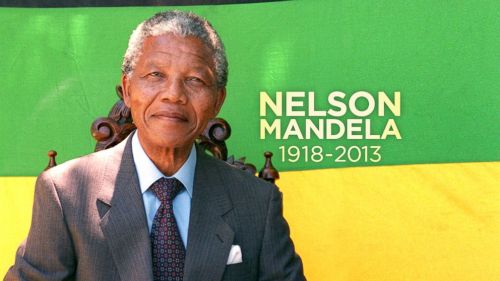 Fearon applauded Mogadime’s work with the CMHR. “It’s a good example of how Brock University faculty and staff are taking important steps toward building a Canada and world that reflects the principles of Nelson Mandela International Day.”

In addition to the educational materials prepared for the Winnipeg museum, Ontario children and teachers will also benefit from self-guided programs and teacher guides when the exhibition comes to Toronto’s Meridian Arts Centre<http://tocentre.com/events/mandela-struggle-freedom> (formerly the Toronto Centre for the Arts) from October to January.

The exhibition offers a sensory experience of imagery, soundscape, digital media and objects, including a replica of Mandela’s tiny prison cell that transforms into a digital theatre when visitors walk inside.

“The materials provide a way to anchor students’ thinking and a way to respond to what they’re emotionally going through as they’re visiting the exhibition,” said Mogadime. “We needed to be able to guide students through that.” 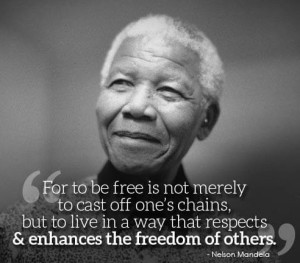 The educational materials provide a way for teachers to prepare students and guide them through challenging conversations. “Like Mandela, we believe education is the most powerful weapon you can use to change the world for the better,” said CMHR President and CEO John Young.

“We are pleased to have had this opportunity to work with Professor Mogadime and Brock University to add value for teachers and students who will experience this powerful exhibition as it begins travelling to new venues this fall.”

In addition to the exhibits, the museum and Mogadime plan to bring lessons about Mandela’s legacy to classrooms across Canada through resources for educators. Working with a Teaching Nelson Mandela advisory committee at Brock, Mogadime is developing curriculum materials for Grades 2 to 12.

She believes all students should learn about people like Mandela who have struggled to further human rights around the world. “Once you engage with and understand the human story about human rights, you can understand your own story and your own rights,” she said, pointing out that South Africa’s story parallels Canada’s history of colonialism and the oppression of Indigenous peoples.

Anneke McCabe, a member of the Teaching Nelson Mandela advisory committee at Brock, said she hopes the curriculum materials help students see the value in becoming defenders of human rights.

“I hope the learning experiences through the exhibition and the lessons guide students to become critical thinkers who are curious about what they can do to make a change,” said McCabe, an elementary school teacher and PhD candidate in Educational Studies at Brock.

To watch Video footage of Dolana Mogadime speaking about the project, as well as B-Roll footage of the museum and exhibit, click on the screen below –

For more news and commentary from Niagara At Large – an independent, alternative voice for our greater bi-national niagara region – become a regular visitor and subscriber to NAL at http://www.niagaraatlarge.com .