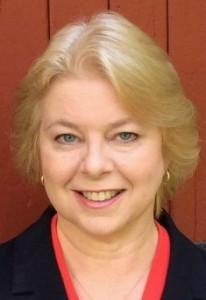 Liz Benneian writes a letter to her Niagara MPP, Sam Oosterhoff, urging him to stand up for province’s endangered species

“The Ford government is falling in the polls and for good reason. People don’t want our natural resources gutted.”

– from an Open Letter to Niagara West MPP and Ford Government member Sam Oosterhoff from one of his constituents, Niagara resident and community activist Liz Benneian

An Open Letter sent to Niagara West MPP Sam Oosterhoff from Liz Benneian, a citizen activist and one of Oosterhoff’s constituents. 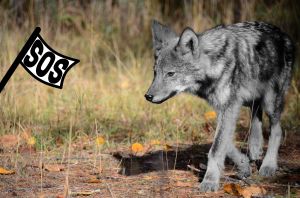 An image from Ontario Nature, one of many groups pressing the Ford Government not to gut the province’s Endangered Species Act

I am a constituent who lives in Jordan Station who is asking you, for all the good it will do, to change the proposed Schedule 5 of the More Homes, More Choice Bill (108). There are many egregious parts to this Bill but the worst are the changes to the Endangered Species Act that will allow developers to pay to slay.

Do you realize that we have about 240 endangered species in Ontario already? More species are regularly being added to this list because our laws are already too weak to protect Ontario’s biodiversity.

This is not about saving the Blandings turtle or about bringing back the extirpated Karner Blue butterfly, it’s about devastating the already completely inadequate protections for this Provinces biodiversity which supports and sustains human life.

The Ford government is falling in the polls and for good reason. People don’t want our natural resources gutted.

What are you doing? 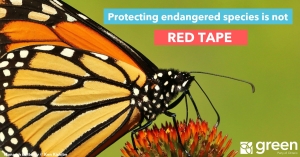 This image from Ontario’s Green Party

Let’s not pretend that you are trying to fix the debt. Not when your government has cost millions in breaking contracts with green energy companies and is about to lose at least $100 million of taxpayer money and maybe as much as $1 billion in breaking the Beer Store contract. I don’t want you to waste $30 million of taxpayer dollars fighting the federal Carbon tax. I want this government to get its head out of the sand and realize that it needs to fight global warming like it is the human life-threatening crisis that it is.

You are supposed to be representing the people of Niagara, Sam Oosterhoff, do you think we are with you?

Liz Benneian, is a Niagara resident and community activist, and director of the Niagara-wide citizens watchdog organization ‘A Better Niagara’.

To read an urgent message posted on Niagara At Large this May 27th from  three of Canada’s most respected environmental organizations- the David Suzuki Foundation, Earthroots and Ontario Nature – expressing their  concerns over what the Ford government is doing to endangered species rules and related programs and policies for protecting the province’s natural heritage, click on – https://niagaraatlarge.com/2019/05/27/fords-push-to-destroy-critical-wildlife-habitat-in-province-for-developers-is-under-fire/ .