A Call-Out for Justice for Former NPCA Employee Jocelyn Baker

A Commentary by June Robinson 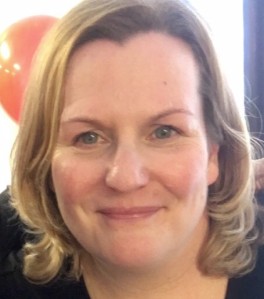 When will the Niagara Peninsula Conservation Authority (NPCA)  start working together to protect our natural resources and stop wasting the taxpayers’ money on law suits. Lawsuits against anyone who dares to speak up and question what is happening. People who cannot be manipulated.

My daughter-in-law, Jocelyn Baker is now on the list of, “IF WE CAN’T SHUT THEM UP, LETS SUE THEM CLUB,”

Jocelyn loved her job at the NPCA.

She once told me it was her dream job. A job she is more than adequately trained for.

As time passed I noticed that things started to change. She no longer enjoyed going to work. She told me of the problems she was having at work. She and others were being harassed. I was proud of her as she filled out personnel complaints and guided others in the process. 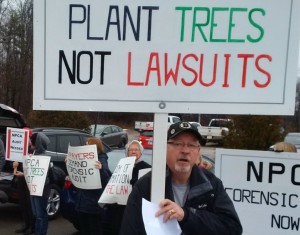 One of many signs held up at NPCA protests after another citizen, Ed Smith, was slapped with an NPCA lawsuit. That suit was eventually dismissed by the Ontario courts. The NPCA lawsuit against Jocelyn Baker – paid for with our tax dollars – drags on.

Despite the evidence, things were swept under the rug. The harassment continued.  She had a big choice to make.  She could take her complaints to court. (This would involve time, money and have a negative impact on her family). She could quit her job and walk away or hang in there and hope things would change.

They made her life miserable.

She was accused of fabricating stories as they tried to cover up what was happening.

Two of the board members who were there at the time of the complaints, became her bosses. Five of the board members are still there and they know this is true. She worked hard for them.  She understood her job as a supervisor and the safety of the employees was her concern.

Jocelyn stood up for justice and in the end they fired her!

Is it right for government agencies to demand released employees sign agreements not to talk in order to receive a severance?  Is this forced secrecy what we expect from our elected officials?

You should be ashamed of your actions.

Even a primary classroom has “ZERO TOLLERANCE when it comes to BULLYING.

As June Robinson reminds us at the end of her commentary, it is an election year alright.

We have a provincial electi0n this June 7th, where one member of the NPCA’s board of directors, Wainfleet Mayor April Jeffs is running as a PC Party candidate. Then there are the  municipal elections in October where as many as 10 of the current board members, including Jeffs (if and when she loses the provincial contest), will be running for municipal office again, and (so far as we know at this time) David Barrick, who is a full-time NPCA administrator, will be running for another term as Port Colborne’s regional councillor.

I will get back to listing all their names and contact information in a moment, but first a few more words about Jocelyn Baker, who was employed at the NPCA for more than 23 years before being terminated in November 2016 for reasons that many in the environmental field who respected her work – individuals that this reporter has contacted at the Ontario Ministry of Environment and Climate Change, at Environment Canada, and in organizations working on Niagara River watershed restoration projects across the border in the United States, across the border – still cannot understand.

In September of last year, after Welland (Niagara Centre) Riding MPP Cindy Forster read an email Baker sent her in the Ontario legislature as part of a call the MPP was making to the provincial government for more transparency and accountability at the NPCA, the Conservation Authoriy sued her for $164,000 for allegedly defaming the body and breaking a confidentiality agreement she signed with it upon her departure over references contained in Baker’s email to alleged harassment and other misconduct at the NPCA.

In November 2017, Baker decided to fight back with a countersuit totalling more than $400,000 for allegedly defaming her, and for alleged breach of contract and additional “punitive, exemplary and aggravated damages to be determined by the court.” 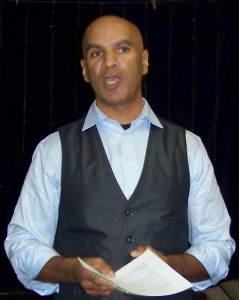 Niagara citizen Ed Smith finally saw the lawsuits the NPCA and its former CAO Carmen D’Angelo filed against him dismissed by an Ontario court judge this past November.

All of this is playing out with large sums of our tax money being used by the NPCA to pursue its suit against Baker while, so far, Baker and her family are forced to fight back with money out of their own pockets. And all of it continues to play out in the wake of an Ontario Court Judge’s dismissal last fall of another costly lawsuit the NPCA launched against St. Catharines and retired Canadian Armed Forces officer Ed Smith for defamatory information it claimed Smith circulated while raising questions and concerns of his own over how the NPCA is spending millions of dollars of our tax money.

Jocelyn Baker has recently learned that she is not alone in her fight against the lawsuit the NPCA continues to press against her despite more than half a year that this body and its 15-member board, including 10 municipal politicians in Niagara, has had now to negotiate a fair settlement. Earlier this year, other citizens across the Niagara region formed a group called ‘Friends of Jocelyn Baker’ to support her.

As for the 10 Niagara politicians that sit on the NPCA board and the other one collecting a six-figure salary in administration, this is, as June Robinson noted in her commentary, an election year and we, the people, have the power of our votes to decide whether they get rehired or fired!

I am listing their names and contact information below so that you, if you feel moved to, can phone or email them and ask why this business of using our tax dollars to sue Niagara citizens continues. Some of them, as I’ve heard, might try to say that they have little or no knowledge about why the NPCA is continuing to move this lawsuit against Jocelyn Baker.

My plea to you is this. Do not accept any plea of ignorance from them as an answer. If they sit on that damn board, they have a responsibility to know what is going on inside that organization – especially when what is going on involves spending hundreds of thousands of our tax dollars to sue former employees and private citizens. If they don’t stand up and speak out if and when they have questions or concerns about matters like this, they have no bloody business sitting on that board, or holding a seat in municipal or provincial government, for that matter.

Niagara At Large will be posting more news and commentary on the Jocelyn Baker case in the days and weeks ahead.

Here are the names and the contact information for the 10 Niagara regional councillors and Niagara area mayors now sitting on the Niagara Peninsula Conservation Authority’s board of directors, and for Port Colborne regional councillor David Barrick, who works at the NPCA as a fulltime administrative director.

As June Robinson reminds us in her commentary – 2018   IS AN ELECTION YEAR!!! 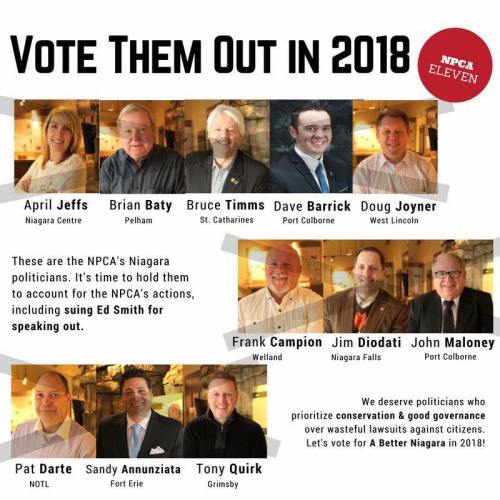