A Brief Foreword by Doug Draper at Niagara At Large –

This is outrageous. At this point in a pandemic that has killed more people in a year and a half across Canada and the United States than we lost soldiers in the First and Second World Wars, any health care worker in Ontario who still refuses to get vaccinated for the good of the patients they are sworn to serve SHOULD BE FIRED!

Shame on the Ford government for not not showing enough care for the health and safety of the rest of us to do it. 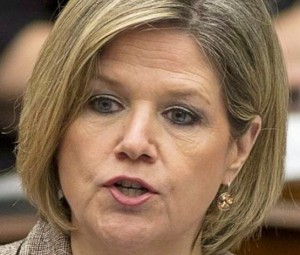 “Unvaccinated staff should not be allowed in the ICU, in pediatric wards with sick babies, in the homes of vulnerable home care patients, or anywhere at all in health care, or in our children’s schools. Doug Ford is catering to anti-vaxxers at the risk of our vulnerable loved ones.

The Science Table was clear. The risk of COVID-19 outbreaks causing staff shortages is far worse than the planned shortages caused by removing the few remaining unvaccinated workers. There is also a threat of health care workers leaving their jobs if they feel like their workplace is unsafe, because they’re working, eating and spending the day side-by-side with unvaccinated workers.

I’m grateful to the vast majority of health workers who have already rolled up their sleeves to get their shots, protecting themselves and their patients, as well as to the Science Table and the Ontario Hospital Association for their recommendations in support of mandatory vaccinations for health care workers.”