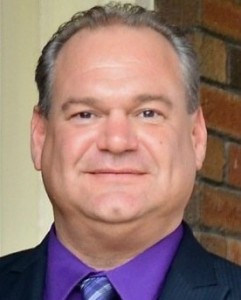 I am sending this letter to express my outrage as well as the deep disappointment of Niagara citizens with the recent actions of your government with respect to local conservation authorities.

At a time when we are all dealing with a worsening deadly coronavirus pandemic, you have chosen to accelerate an ongoing harmful agenda to strip the NPCA and conservation authorities across Ontario of its citizen appointees, in direct opposition to the recommendations of the 2018 Ontario Auditor General’s Report.

That report concluded that part of the problem with the NPCA was that it’s board was only made up of politicians.

As people stay home and frontline workers put their lives on the line during the COVID-19 crisis, your government imposes new regulations buried in the Ontario 2020 Budget gutting our Conservation Authorities by rolling back environmental oversight at the local level.

This, despite the findings of the Auditor General that the loss of public trust in the previous administration of the NPCA over sketchy hiring practises, poor  procurement policies, harassment of staff and lawsuits against whistleblowers such as Ed Smith stemmed directly from a board of directors dominated by Niagara regional councillors serving on the previous council.

Some Environment Minister Ontario has in Jeff Yurek here, at leftt. He and his Tory boss, Premier Doug Ford at right, are moving to tear the teeth out of Conservation Athorities and their abilitites to protect and preserve our natural heritage. How is that being “For The People”?

Under these new changes buried in Bill 229, developers will be allowed to bypass restrictions put into place by conservation authorities including the Niagara Peninsula Conservation Authority, an organization that citizens spent many years cleaning up with a new board and most notably committed citizens concerned with our environment and the protection of wetlands.

These citizen board members help to ensure that elected officials will not put their own municipal goals and needs or those of developers ahead of those of the conservation authority.

Why is your government undoing the work of Ontario’s Auditor General, Niagara citizens as well as the work already done by the NPCA itself to reform and repair this crucial agency?

In the two years since you have taken office, Ontario has cancelled 227 clean energy projects, wound down conservation programs, weakened endangered species protections and taken away powers from the province’s environmental commissioner, who is meant to hold the government accountable.

This is yet another step in the wrong direction.

The people of Niagara ask that you stop using this devastating pandemic as cover to suspend laws and impede conservation authorities that exist to protect our environment. This short-sighted decision is irresponsible and disrespects the people of Niagara.

We demand that you rescind these changes immediately and allow our Niagara Peninsula Conservation Authority to do the job it was created to do without political interference.

For more on this issue, click on the following links –