Every now and then – eveb in the face of Ontario’s Ford government’s relentless war against environmental protection measures – citizens across this province who care about protecting and preserving our natural heritage win one.

According to an August 28th story posted on the National Observer of Canada’s website, citizen pressure, including some from residents in a Greater Toronto Area riding that just happens to have a Ford government member as an MPP, has caused Premier Doug Ford to back away from allowing more quarries in areas of the Golden Horsehoe where there is endangered species habitat.

“It’s surprising but good news,” the National Observer quoted Keith Brooks, programs director at the green non-profit Environmental Defence, saying after the Ford government back away late this August 2020 from plans to allow a quarry expansion in an area where endangered species were identified.

“It does show once again that the government will or can be moved to listen to the public and the will of the people,” Brooks said.

Indeed, that is good news and it should give some hope to everyone in Ontario who cares about protecting and preserving what are left of our province’s natural places that if they fight hard enough and keep the heat on, they might just have a win. 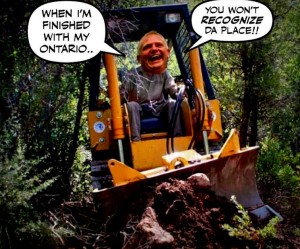 Of course, it is also important to note that the quarry proposal in question was in a rural area of a Ford government-held riding north of Oakville and Burlington, and those residents in the area were expressing their opposition to the plan to the Conservative MPP. That’s no small thing since rural voters make up a portion of Ford’s base that, given his failure to win the popular vote in the 2018 election, he can’t afford to lose.

Just the same, whether or not endangered species and their habitat are protected or bulldozed over  should not depend on what political riding that habitat happens to be located in.

And we all need to keep in mind that despite the reported victory here, the Ford government shows every signs of moving forward with plans to weaken Ontario’s Endangered Species Act, the Ontario Conservation Act and other environmental protection and planning rules and programs – all in the name of making the province more “open for business.” 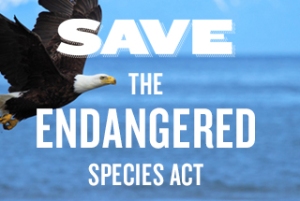 The Ford government knows what it is doing. It knows that gutting Ontario’s Endangered Species Act or weakening it in any way, will make it easier for developers to get their way in some of our more environmentally significant places, including places in Niagara like Waverly Woods in Ford Erie, the Thundering Waters Forest in Niagara Falls and the Irish Grove Woodlot in Grimsby.

Never mind that this is a false choice the Ford government is trying to sell us in an effort to allow some of the greediest, and least caring and responsible developers and builders in Ontario get away with whatever they want.

As the National Observer story points out, the Ford government is continuing to push forward with its overall effort to pull the teeth out of environmental protection measures in Ontario.

So the fight to protect our natural heritage for present and future generations goes on.

Do not let your guard down.

Here is a link to the National Observer story. To read it, click on – https://www.nationalobserver.com/2020/08/28/news/ontario-drops-plan-allow-quarries-endangered-species-habitat-golden-horseshoe