Defending the health and prosperity of communities and the environment

Toronto, Ontario – In the wake of the passage of Ontario’s controversial Bill 197, a legal challenge against the legislation has been commenced by Earthroots; Canadian Environmental Law Association; Ontario Nature; Cooper Price, a 16-year old activist; and Michel Koostachin, who was born and raised in Attawapiskat.

These parties have jointly filed an application for judicial review that asks the Divisional Court to issue declaratory relief and other remedies in relation to the omnibus legislation, which overhauls the Environmental Assessment Act and amends other provincial laws. 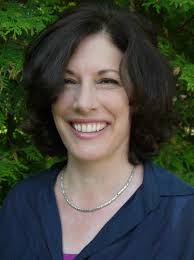 “Bill 197 holds true to an insidious pattern of environmental deregulation that reflects neither the values nor the long-term interests of Ontarians who understand the importance of a healthy environment,” says Caroline Schultz, Ontario Nature’s Executive Director.

The application alleges that Bill 197 was enacted in a manner that failed to comply with the public notice/ comment requirements of Ontario’s Environmental Bill of Rights (EBR). Moreover, it is inconsistent with international law conventions, principles and norms on environmental assessment, public participation, and human rights applicable in Ontario.

Gord Miller, Chair of Earthroots says, “As Environmental Commissioner of Ontario for 15 years, I constantly had to work to protect and maintain the EBR rights of the people to participate in government decision making about our environmental heritage. Bill 197 has gutted those rights and set public policy back decades. We must react. We must defend those rights for the sake of future generations.”

Represented by Joseph Castrilli, Richard Lindgren and David Estrin of CELA, the applicants are seeking a declaration by the Court that the Government of Ontario violated provincial and international law in enacting Bill 197, and an order from the Court directing the Government of Ontario to conduct meaningful public consultation on the environmentally significant aspects of Bill 197 before they are proclaimed into force.

“The government is removing space for youth input on our own futures,” says youth climate activist Cooper Price. “This lawsuit is a fight to uplift the youth voice and a fight for the environment.”

Says Michel Koostachin, “Our Natural Laws are greater than man made laws, we live in harmony with the animals and have respect for our Mother Earth.”

“It is critically important that we have robust environmental assessment and planning laws that allow for strong public participation, and that protect health and the environment for generations to come, especially for those who don’t have a ‘seat at the table’ where many decisions are made,” stated Theresa McClenaghan, Executive Director and Counsel with the Canadian Environmental Law Association.

Ontario Nature protects wild species and wild spaces through conservation, education and public engagement. Ontario Nature is a charitable organization representing more than 30,000 members and supporters, and more than 150 member groups across Ontario. For more on Ontario Nature, click on – https://ontarionature.org/

The Canadian Environmental Law Association (CELA) is a non-profit, public interest organization and legal aid clinic established in 1970 to use existing laws to protect the environment and to advocate environmental law reforms. CELA works toward protecting public health and the environment by seeking justice for those harmed by pollution or poor decision-making and by changing policies to prevent problems in the first place. As a specialty clinic funded by Legal Aid Ontario, our primary focus is on assisting low-income people and disadvantaged communities. For more on CELA, click on – https://cela.ca/

Earthroots is a grassroots conservation organization dedicated to the protection of Ontario’s wilderness, wildlife and watersheds, through research, education and action. For more on Earthroots, click on – https://earthroots.org/

Ontario citizens should have just as much of an opportunity to make a case for saving places like this as developers do to pave them over. How sad it is that the Ford government appears to feel differently. Photo by Doug Draper