Pandemic Or No Pandemic, We’re Going Back to More Green Stories on Niagara At Large

A Message from Doug Draper at Niagara At Large

So how are you doing in these post-apocalyptic times? 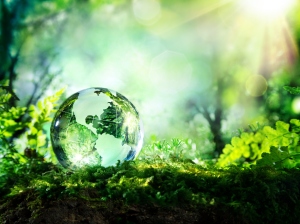 glass planet in a forest with sunshine – Usa map

That is a question someone I know on Cape Cod, Massachusetts started asking me every time I walked into his record store over the past year or two. It is almost as if he anticipated the global pandemic that has been plaguing our lives for all of these weeks and months this year.

It was the grave damage that Trump has been doing that my Cape Cod friend was referring to, course, and Trump is still around, posing as much, if not more of a danger to his country and the rest of the planet too.

So we can’t just ignore him as the existential threat he is, or the pandemic, but we are going to try to push a re-set button here at Niagara At Large anyway.

Once upon a time, back in the 1980s and 90s, where there were still family owned, mid-size community newspapers across Canada with full-time environment beats, there were reporters like me, seen here, covering those beats, File photo of Doug Draper at St. Catharines Standard

Some of you may know this and many of you may not, but I spent most of the first two decades of my journey as a journalist working as an environment reporter for The St. Catharines Standard until a nefarious character named Conrad Black and his Hollinger corporation purchased The Standard and many dozens of other papers across the country and full-time environmental coverage disappeared at virtually all of them.

Yet environmental coverage is in my DNA and one of the reasons I launched Niagara At Large as independent online news and commentary site a decade ago was to try to restore a bit of focus on environmental issues that should matter to us again.

It has been very hard to do that over the past three or four months though with the avalanche of news releases, government advisories and updates coming in about COVID-19. There have been days through all of this when I almost didn’t want to turn on my computer and go into my in-box because I knew there would be another hundred or more COVID-related news items waiting there for me.

And to make matters worse, it seemed to me for at least the first couple of months of this Cornavirus nightmare, it was impossible not to go through all of these updates and not at least post some of it because it spoke to health and safety matters, and to the closing of public and private operations, and the impact on jobs, etc., that directly affected many of our lives.

On the one hand, I would hear people say they were getting tired of COVID news. Yet on the other, they obviously wanted to know, and it showed on the Niagara At Large site, because those reports kept getting lots of hits, and often more than some commentary I spent time working on about the need to protect our woodlands and watersheds.

Then came the global reinvigoration of the Black Lives Matter movement that captured the interest of so many people in Canada, the United States and other countries around the world – many of them younger people whose future hangs in the balances in so many ways.

I could not ignore that here and none of us should. I agree with those who say that this is a watershed moment in the world that, along with the pandemic, may set the stage for a re-imagined world that is hopefully better than the ‘old normal’ at least a few people want so desperately to go back to. 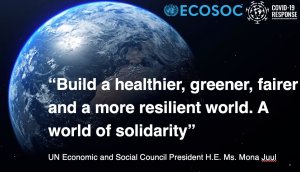 Those issues, along with the threat that Trump and his neo-fascist forces pose to his country and the rest of the world, are impossible to completely ignore. But I now want to try to post about them only when something that is impossible to ignore happens, and to get back to posting more about protecting our environment and the only home in the universe we have to live on here.

We are hopefully going to come out of this horrific time of suffering with a new wisdom and determination to do more than we have in the past to protect our watersheds and woodlands and other green spaces for the sake of our own health and prosperity, and for other living beings we share this planet with.

The old ways of building more and more roads and highways for more cars, of ever more low-density sprawl across our countryside, of relentlessly burning carbon-based fuels like oil and coal, and of subsidizing those with billions of our tax dollars to profit from it, and of politicians who do not have the imagination to see past these environmentally unsustainable and destructive activists MUST STOP – NOW!

Those politicians who insist on carrying on with destructive projects like expanding urban boundaries onto more of our precious farmland and of urbanizing rich woodland and wetland havens like the Thundering Waters Forest in Niagara Falls, Ontario need to be marginalized and ultimately voted out of office.

Politicians like that pose and existential threat to our future.

So we are going to get back to doing more green coverage on Niagara At Large now, and in the next day or so, I will be posting more about a very important “Virtual Open House” Niagara’s Regional Government will be holding for all of us this coming Wednesday, June 17th at 5 pm. on reforming the Region’s bylaw for protecting what are left of our precious trees and forests.

We don’t need any more of this in Niagara – A  photo taken earlier this year and posted immediately below, of trees cut down in the Thundering Waters Forest in Niagara Falls, Ontario . Where did someone get permission to do this?

For the moment, here is a link for information you can obtain on the Virtual Open House and how you can participate in it. Just click here – https://www.niagararegion.ca/culture-and-environment/woodland-bylaw-review/default.aspx

Let’s continue to work together to make Earth Day every day of the year.