The lower Great Lakes system – Lakes Erie and Ontario, connected by the Niagara River – from space 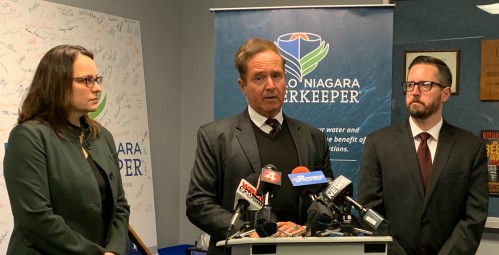 In a letter to EPA Administrator Andrew Wheeler, Rep. Higgins, a member of the Congressional Great Lakes Task Force, warned of the dire consequences of the EPA’s actions to communities like Western New York, writing “Rollback of these rules actively threatens efforts to revitalize waterways like the Buffalo River and endangers Western New York and other Great Lakes communities that depend on the health of their natural resources.”

Higgins goes on to explain how actions by the EPA today would unravel decades of progress and federal investments in previously contaminated waters like the Buffalo River, saying “On January 24, 1968, the Buffalo River caught fire due to contamination from heavy industrial development.

The River was “devoid of oxygen and almost sterile,”1 coated with a thick oil film from industrial waste, combined sewer overflow outfalls, and garbage. Immense cleanup efforts funded by over $75 million in Great Lakes Restoration Initiative funding since 2011 have removed 550,000 cubic yards (62,000 truckloads) of contaminated sediment, restored twenty acres of plant and animal habitats, and improved water quality so drastically that the river is now a recreational center. 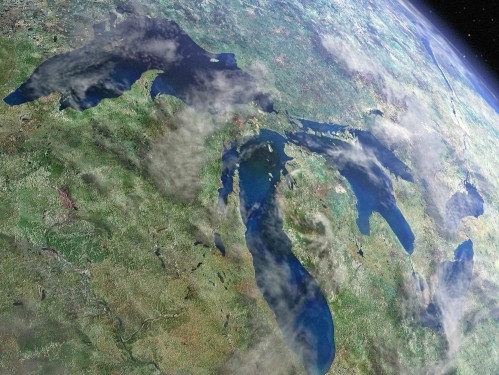 “The River has transformed from a public health hazard to a national model for waterway cleanup efforts and is on track to be delisted as an Area of Concern in the next few years. The rollback of these pollution regulations threatens the health of nearly thirty-five percent of its tributary source waters and the health of the Buffalo River itself.”

“To proclaim that rolling back environmental rules and protections will boost economic activity is a false narrative that has been debunked for decades”, said Jill Jedlicka, executive director of Buffalo Niagara Waterkeeper.

“Previous generations fought hard and have spent billions of dollars to recover from historical pollution, which was only possible because of the bipartisan efforts that established rules and protections nearly 50 years ago. 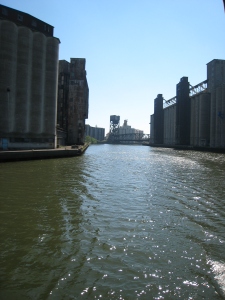 In partnership with previous U.S. administrations, area environmental groups and governments have done much to clean up the once heavily polluted Buffalo River, which was a significant source of contamination toe upper Niagara River. There is fear that this progress could be reversed under the Trump administration.

“Today we see an onslaught of actions to roll-back protections for our groundwater, wetlands, creeks, streams and drinking water that will once again kick the can of fiscal and environmental responsibility to future generations.

“We are now at a crossroads for environmental protection, where the biggest threats we face are no longer smokestacks and discharge pipes, but rather the apathy and willful ignorance of society.”

“Many communities continue to struggle with unsafe drinking water, and cutting back on clean water protections now further threatens public health. The EPA should be making decisions based upon the best science, not what is best for big polluters.”

The EPA’s Science Advisory Board is comprised of leading scientists<https://yosemite.epa.gov/sab/sabpeople.nsf/WebExternalCommitteeRosters?OpenView&committee=BOARD&secondname=Science%20Advisory%20Board> from across the United States, including Dr. Joseph Gardella Jr<https://yosemite.epa.gov/sab/sabpeople.nsf/WebPeople/GardellaJoseph%20A.?OpenDocument>., SUNY Distinguished Professor of Chemistry at the University at Buffalo.  The Board, established by Congress in 1978, serves to help “ensure that agency (EPA) decisions are based on the best and most current science.”

The Science Advisory Board’s (SAB) concerns were posted publicly<https://yosemite.epa.gov/sab/sabproduct.nsf/MeetingCalBOARD/D87AC6491A9811C1852584CD006F3CC6?OpenDocument> in advance of their meeting scheduled for January 19, 2020.  In a Science Advisory Board report to the EPA<https://yosemite.epa.gov/sab/sabproduct.nsf/ea5d9a9b55cc319285256cbd005a472e/5939af1252ddadfb852584e10053d472/$FILE/WOTUS%20SAB%20Draft%20Commentary_10_16_19_.pdf> Administrator concerning waters federally regulated under the Clean Water Act, the Board writes, “The SAB finds that the proposed revised definition of WOTUS (84 FR 4154) (hereafter, the proposed Rule) decreases protection for our Nation’s waters and does not support the objective of restoring and maintaining “the chemical, physical and biological integrity” of these waters.”

“The letter from the Board closes with,  “The proposed definition of WOTUS is not fully consistent with established EPA recognized science, may not fully meet the key objectives of the CWA – “to restore and maintain the chemical, physical and biological integrity of the Nation’s waters,” and is subject to a lack of clarity for implementation.

“The departure of the proposed Rule from EPA recognized science threatens to weaken protection of the nation’s waters by disregarding the established connectivity of ground waters and by failing to protect ephemeral streams and wetlands which connect to navigable waters below the surface.

“These changes are proposed without a fully supportable scientific basis, while potentially introducing substantial new risks to human and environmental health.”

According to an accounting put together by the New York Times<https://www.nytimes.com/interactive/2019/climate/trump-environment-rollbacks.html>, the Trump Administration has eliminated or is proposing to eliminate a total of 95 rules designed to protect against environmental threats to clean air, water and land.