For Those of Us Who Love Buying Our Music in a Real Record Store, Welcome to Hi-Fi Hits

A Shout Out from One Record Store Lover to All Others 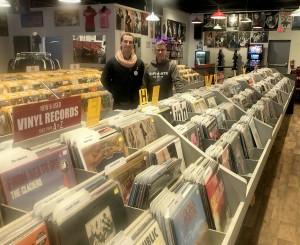 Let me get this out of the way, right here at the top.

The following is by no means a paid ad and there is nothing in the way of compensation I am getting for writing and posting this other than whatever little I can do to help real brick and mortar record stores survive a vacuous era of online shopping that takes all of the heart and soul out of buying recorded music.

Those who have been loyal followers of Niagara At Large know that along with news and commentary about the climate emergency and about a whole host of other issues affecting our lives, I like to take time every once in a while to raise a voice of support for people and places I believe add to the richness of life in our communities.

High on the list for me are what are left of our real, independent, brick-and-mortar record and book stores, and the people who care enough to keep them alive through these sterile, on-line shopping times that threaten to kill these wonderful places and all of the fun and sense of community that goes with searching for your next favourite record or book in them.

This time out, and just a week or so before the biggest gift giving season of the Holiday Season, I want to start by turning your attention to a great store for vinyl records, CDs, DVDs and more that opened earlier this 2019 just northeast of Buffalo, on the main street of Williamsville, New York. 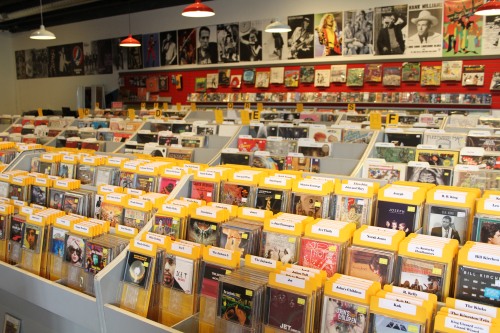 Inside Hi-Fi Hits, looking more than a little like the interior of the iconic old Record Theatre store, now closed, in Buffalo, New York

The store is called Hi-Fi Hits and when you enter its doors, on 5221 Main Street in Williamsville, you feel like you are walking through a good piece of Buffalo’s greatest and most beloved record palace, Record Theatre, which unfortunately closed in 2017 following the death of its founder and owner Leonard Silver.

The closing of Record Theatre remains a sad episode for many music lovers on both sides of the Canada/U.S. border, but the good news is this. You feel like you are walking the aisles of that iconic store again when you enter Hi-Fi Hits, and there is a reason for that.

Joe Igielinki, the owner of Hi-Fi Hits, was a long-time manager at Record Theatre and one of his main hands in the new store is Andrew Mallon, who was also an employee at Record Theatre right up to the day it closed its doors for the last time on the corner of Main Street and Lafayette in Buffalo in the late summer of 2017.

Congratulations to Joe and to Andrew for all of the work that they and their supporters have done and are doing with this new store to keep record stores alive.

Niagara At Large will do more on Hi-Fi Hits in the new year as it ramps up its operations even more with the approach of another annual, world-wide Record Store Day in the spring. 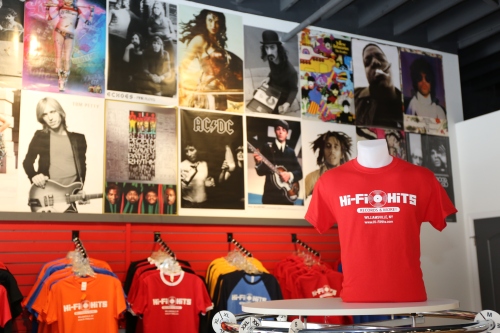 In the meantime, if you are looking for music to buy for Holiday Season gifts, please give this store and visit.

You can find out more about Hi-Fi Hits and all of the great music and other music and entertainment related items it has to offer, along with more details on how to find it, by clicking on the store’s website at –  https://www.hi-fihits.com/ 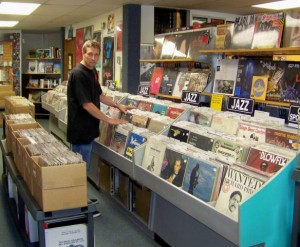 A short drive away from Hi-Fi Records is Cool Beat Music and Books in Cheektowaga, owned by another former Record Theatre veteran Wayne Zaganiaczyk

Here is also a reminder of some other great brick-and-mortar record stores in our greater Niagara region, including Cool Beat Music and Books, owned by another former veteran Record Theatre employee, Wayne Zaganiaczyk, located not too far away by car from Hi-Fi Records, on 2445 William Street in Cheektowaga, New York.

While I am at it, there is a great used CD and vinyl record store that is also loaded with used DVDs, called Frizb’s on Elmwood Avenue, just north of Buffalo in Kenmore, New York. And there are two Revolver Record outlets in Buffalo on Elmwood Avenue and on Hertel  Avenue. 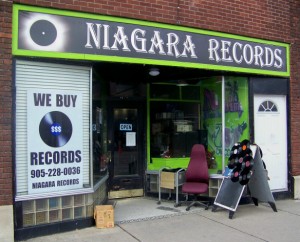 Niagara Records is a great store for used vinyl and cs in downtown St. Catharines, Ontario

Last but not least, there is Sunrise Records at the Pen Centre shopping mall in St. Catharines, one of the last of the great record stores from days going back to the 1960s, 70s and 80s, before the age of the internet when record stores were king.

To find out more about Cool Beat and some of these other stores, you can click on a piece posted in Niagara At Large in the lead up to Record Store Day, this 2019 –https://niagaraatlarge.com/2019/04/12/on-this-coming-record-store-day-here-are-some-great-ones-to-visit-in-our-region-2/

For More News And Commentary From Niagara At Large – An Independent, Alternative Voice For Our Greater Bi-National Niagara Region – Become A Regular Visitor And Subscriber To NAL At Www.Niagaraatlarge.Com .