‘LINDA RONSTADT – The Sound of My Voice’ 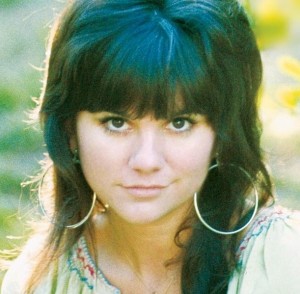 Linda Ronstadt, during her Stone Poney days in the late 1960s, before she went solo.

Linda Ronstadt has, by almost any measure in the world of music, made her mark as one of the greatest singers of the past 50 years.

I confess that I have a bit of a bias here. I had a massive school-boy crush on Linda Ronstadt going back to her first hit, ’Different Drum’ with a folk-rock group called the Stone Poneys in 1967.

But bias or no bias, the boat-load of Grammy Awards, the decades-long string of hits on the Billboard charts record sales totalling more than 100 million, and the induction into the Rock and Roll Hall of Fame, speak for themselves.

Linda Ronstadt – right up to 2009, when Parkinson’s disease forced her to retire from singing in 2009 – could take any song written by the best composers in the world and make it her own through the extraordinary feeling she breathed into it.

In full flight during the 1970s, when music writers dubbed her the “Queen of Rock” – a title that did not do justices to her many musical styles.

That is certainly the view of Jackson Browne, Dolly Parton, Don Henley of Eagles fame, and several others who appear in a moving new film documentary, now playing in theatres across North America, about her remarkable career called ‘Linda Ronstadt – The Sound of My Voice’.

I got a chance to see this film a few days ago in a classic old repertoire theatre on Cape Cod that was packed with people who spontaneously clapped out loud when the credits began to run at the end. The movie is that good, and it has been getting rave reviews from critics this September too.

Even if you don’t know that much about Linda Ronstadt and her music, this film about a person who pursued her dreams with exceptional will, courage and dignity, and compassion for those around her is sure to inspire, and I urge you to go see it if you get a chance.

Linda Ronstadt recorded numerous songs that became huge hits during her long career, including ‘You’re No Good’, The Eagles’ ‘Desperado’, ‘When Will I Be Loved’, ‘Blue Bayou’, ‘Ooh Baby, Baby’, ‘Heat Wave’, and the list goes on.

Here is a vintage video of her performing one of my favourites from her catalogue, the1970 hit ‘Long, Long Time’ that you can click on below –