Plastic waste washing up along the shores of our Great Lakes

“The health of our oceans is vital to the economic, cultural, and social well-being of Canada’s coastal communities. We know plastic pollution harms Canada’s oceans, wildlife communities and economy. It’s a problem we simply can’t afford to ignore.”     – Canada’s Minister of Fisheries & Ocieans, Johnathan Wilkinson 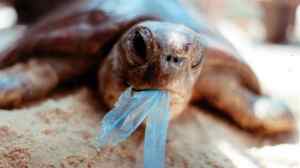 Plastic pollution is a global challenge that requires immediate action.Plastic waste ends up in our landfills and incinerators, litters our parks and beaches, and pollutes our rivers, lakes, and oceans, entangling and killing turtles, fish, and marine mammals.

Less than 10 per cent of plastic used in Canada gets recycled. Without a change in course, Canadians will throw away an estimated $11 billion worth of plastic materials each year by 2030. 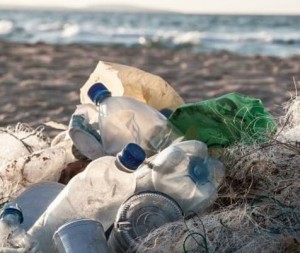 We’ve reached a defining moment, and this is a problem we simply can’t afford to ignore.

That is why the Prime Minister, Justin Trudeau, today announced that the Government of Canada is taking additional steps to reduce Canada’s plastic waste, support innovation, and promote the use of affordable and safe alternatives.

Working with governments and businesses across Canada, the Government of Canada will:

These measures will be grounded in scientific evidence and will align, where appropriate, with similar actions being taken in the European Union and other countries.

They will also support the Canadian Council of Ministers of the Environment’s development of an action plan to implement the Canada-wide Strategy on Zero Plastic Waste.

By improving how we manage plastic waste and investing in innovative solutions, we can reduce 1.8 million tonnes of carbon pollution, generate billions of dollars in revenue, and create approximately 42,000 jobs.

With the longest coastline in the world and one-quarter of the world’s freshwater, Canada has a unique responsibility – and opportunity – to lead in reducing plastic pollution.

From launching the Ocean Plastics Charter at the 2018 G7 Summit to investing in new Canadian technologies that turn plastic waste into valuable resources, we are doing just that.

Together, we can make our economy stronger and take an important step toward protecting wildlife and the places Canadians love.

“Canadians know first-hand the impacts of plastic pollution, and are tired of seeing their beaches, parks, streets, and shorelines littered with plastic waste. We have a responsibility to work with our partners to reduce plastic pollution, protect the environment, and create jobs and grow our economy. We owe it to our kids to keep the environment clean and safe for generations to come.”  > —The Rt. Hon. Justin Trudeau, Prime Minister of Canada   > 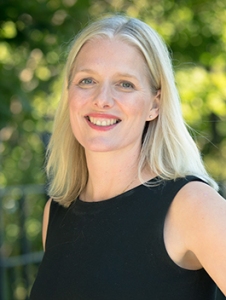 “We’ve all seen the disturbing images of fish, sea turtles, whales, and other wildlife being injured or dying because of plastic garbage in our oceans. Canadians expect us to act. That’s why our government intends to ban harmful single-use plastic products where science warrants it, and why we’re working with partners across Canada and around the world to reduce plastic pollution. Taking these steps will help create tens of thousands of middle-class jobs and make our economy even stronger—while protecting fish,whales, and other wildlife, and preserving the places we love.”  > —The Hon.Catherine McKenna, Minister of Environment and Climate Change   >

“The health of our oceans is vital to the economic, cultural, and social well-being of Canada’s coastal communities. We know plastic pollution harms Canada’s oceans, wildlife, communities—and our economy. It’s a problem we simply can’t afford to ignore. We are working with industry to prevent and remove ghost fishing gear, to protect marine animals and the marine environment now and for future generations.”  > —The Hon. Jonathan Wilkinson, Minister of Fisheries, Oceans and the Canadian Coast Guard