Hamilton Joins Municipalities Around World in Declaring a “Climate Emergency” that ‘Threatens Cities, Regions, Nations …. and all of Humanity’ 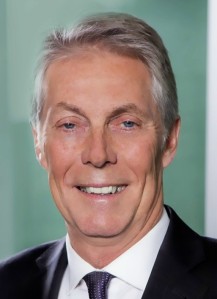 City of Hamilton Mayor Fred Eisenberger authored the motion “that the City of Hamilton declare a climate emergency that threatens our city, region, province, nation, civilization, humanity and the natural world.”

At the urging of the Environment Hamilton citizens group, city councillors have declared a climate emergency joining hundreds of municipal governments in Europe and North America including Vancouver, Halifax and Kingston.

The local action was approved (Monday, March 18th), just days after the worst weather disaster in the southern hemisphere devastated a city almost exactly the same size as Hamilton.

At least hundreds and perhaps thousands are dead in Mozambique, Zimbabwe and Malawi in the wake of Typhoon Idai that created a new lake 125 km long and 25 km wide just west of the city of Biera. At least 600,000 people were displaced and a week later vast areas were still underwater.

The typhoon hit just before the global student climate strike on March 15 of 1.6 million including 150,000 who marched in Montreal. However both the strike and the typhoon got limited media attention because of the white supremacist mass murder in New Zealand.

Mayor Eisenberger authored the motion that resolved “that the City of Hamilton declare a climate emergency that threatens our city, region, province, nation, civilization, humanity and the natural world” and directed the new city manager to set up a multi-departmental task force and report back within 120 days. The resolution passed by a vote of 10-0 with six absences.

Its preamble notes that “the City of Hamilton has already been impacted by climate change through shoreline and escarpment destruction, millions of dollars of infrastructure damages by extreme storm events and increased freeze-thaw cycles destroying our roads and subsurface infrastructure.”

It also referenced last fall’s finding of the world’s climate scientist collective that carbon pollution has to be at least cut in half over the next decade to minimize catastrophic increases in temperatures, extreme weather and loss of life.

Ancaster councillor Lloyd Ferguson argued there isn’t an emergency and wanted a decision on Eisenberger’s motion put off until a staff report in June. He is worried about what city action will cost and also expressed suspicion about climate terminology.

Ferguson left before the vote on the motion, but other councillors like Nrinder Nann and Maureen Wilson argued that it would be far more costly not to act.

“There’s often a mis-perception out there in the community that being responsible and taking action on climate is a costly endeavour,” said Nann, “and from my understanding and my ongoing learning on the issue, on an immediate end, yes it requires an investment, but from a long term perspective it’s actually revenue generating.”

Wilson contended that “the cost of inaction will cripple us”. Sam Merulla also highlighted the urgency to act and the costs already occurring in Hamilton. “One thing that’s for certain is we have some really erratic weather that we never used to see,” he declared.

Wilson pointed to the student climate strikes and the obligation of older generations to act on the environmental damage they have imposed on the planet including climate breakdown.

“I know my children think of it all the time and I think what we’re seeing in the streets is an absolute frustration that those kids are going to inherit our mess and they can’t do anything about it,” she stated.

“Those of us who are sitting around this table can at least start, and the responsibility is ours. We’ve had a good go at it, and their normal is not going to be anywhere near our normal and we owe it to those children, we owe it to grandchildren who have not made this mess to do something. And if public corporations cannot lead then I don’t know who will.”

CATCH (Citizens at City Hall) updates use transcripts and/or public documents to highlight information about Hamilton civic affairs that is not generally available in the mass media. Detailed reports of City Hall meetings can be reviewed at hamiltoncatch.org. You can receive all CATCH free updates by sending an email to http://hamiltoncatch.org/newsletter/?p=subscribe.

To learn more about the world-wide campaign to declare a climate emergency for the planet, click on – https://climateemergencydeclaration.org/ .

One response to “Hamilton Joins Municipalities Around World in Declaring a “Climate Emergency” that ‘Threatens Cities, Regions, Nations …. and all of Humanity’”