“I am confident that as Mayor I can bring about changes in an open, transparent and responsible manner. I value public input and consultation and listen to all voices.” – Kim Craitor 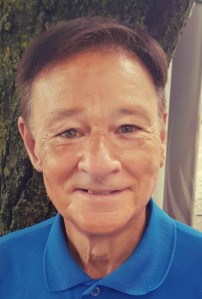 Niagara Falls, Ontario – Friends and supporters of Kim Craitor are pleased to announce his decision to run for mayor of Niagara Falls in the upcoming (October 22nd) municipal election.

Craitor said he made his decision after much reflection and with the support of his wife Helen. The current member of city council and former member of provincial parliament filed his nomination papers at City Hall earlier today.

“Hopefully, my commitment to the residents of Niagara Falls is well known” said Craitor. “I have served 17 years as a City Councillor and was the M.P.P. for the Niagara Falls riding for 10 years.”

“ I have contemplated running (for mayor) before,” he added, “but now seemed like the appropriate time.”

Craitor said he has not been satisfied with the state of the city during the past number of years and feels he has much to contribute to its improvement for the benefit of all residents of Niagara Falls.

“The residents expect us (as a city council) to deal with the issues that matter to them , roads, infrastructure, services, keeping a line on taxes etc.” said Craitor.

Kim Craitor, making the case for a private members’ bill he tabled six years ago – this one on grandparents’ rights to have access to their grandchildren, in the Ontario legislature.

“City Hall also needs to be more responsive and respectful. I am confident that as Mayor I can bring about changes in an open, transparent and responsible manner.”  Craitor added: “I value public input and consultation and listen to all voices.”

In making his announcement to run for mayor, Craitor tackled questions surrounding his departure from Queens Park.

“It is no surprise that my priority as an M.P.P. was always my constituency,” said Craitor, “I was less interested in party politics and toeing party lines.  I believe that made me a bit of a target.” He continued: “ I have never seen the report on the allegations against me.”

“Naively, because I felt I had anything to hide and was not guilty of anything, I never sought legal representation during the process.  Little did I realize how much the party wanted to cast me aside. If I felt that I had done something truly wrong, I certainly wouldn’t continue in public life.”

Kim Craitor with his wife Helen, filing his papers this July 25th to run for Mayor of Niagara Falls

Craitor said his decision to announce his candidacy at this time has nothing to do with the recent health issues of Niagara Falls Mayor Jim Diodati (who announced in an open letter this July 23 that he has been diagnosed with classical Hodgkin’s Lymphoma which, he said, “is a treatable illness with almost a 100 per cent cure rate.)

“I wish Jim nothing but well wishes and a speedy recovery,” Craitor said. “I finalized my decision (to rune for mayor) earlier this month and have been getting matters in order to file my nomination papers.”

Craitor  says he has been given a clean bill of health and is ready and looking forward to an energetic campaign.

“Friends kid me about the speed of my golf game; therefore, I am certainly prepared for the rigors of being Mayor.”

For some information on one of Kim Craitor’s more highly applauded achievements as an MPP for the Riding of Niagara Falls, click on –http://www.carp.ca/2012/06/10/emotional-niagara-falls-mpp-kim-craitor-receives-standing-ovation-as-his-grandparents-rights-bill-passes-second-reading-with-all-party-support/ .