News from the Office of Ontario NDP Leader Andrea Horwath 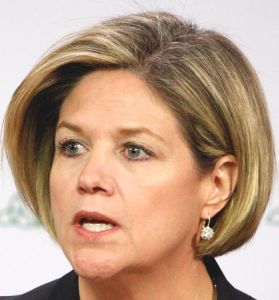 “In Ontario today, work is less stable. Jobs don’t last a lifetime like they used to. And so many workers don’t have even basic workplace benefits; it’s time to do something about it,” said Horwath.

“For a decade and a half, Kathleen Wynne and the Liberals turned their backs on everyday families, refusing to update workplace laws. Now, Kathleen Wynne’s new labour bill falls far short of what’s really needed. Clearly, she doesn’t get what workers are dealing with every day.”

Horwath’s announcement follows the introduction of the Liberal’s own labour legislation, which Horwath said “falls far short of what is needed.”

The NDP amendment package builds on Horwath’s universal pharmacare plan announced earlier in the year, which would give all Ontarians prescription drug coverage – regardless of their job status, age or income. The new amendments include a number of measures to improve workplace conditions, wages, and benefits, and will make it easier for workers to join a union.

“A fair day’s work should come with fair pay and benefits. Workers should have a sense of security at their jobs and working people should be able to get ahead of the bills and join the middle class. These are the kinds of values that Ontarians share,” said Horwath. “And this is who we are as New Democrats. We know who we stand with – before and after an election. New Democrats stand with working people.”