Public Consultation Underway On Future Of Ontario Municipal Board Process

Niagara, Ontario – Between now and December 19th, the province of Ontario is engaged in a review of the role of the Ontario Municipal Board. (OMB) Appealing to the OMB is the only way to reverse the decision of an elected municipal council on a land use planning matter. This over the years has  involved decisions on the protection of the unique Niagara Fruit Belt and threatened forests. 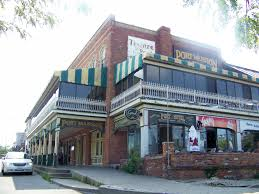 Many heritage activists and other citizens felt an Ontario Municipal Board hearing a decade ago over plans to build a multi-story condo in Port Dalhousie and rip down some of the old buildings in the area, including the now-gone Port Mansion pictured here, was stacked against them and in favour of the developer. File photo by Doug Draper

The most important training of my life, under the guidance of two thoughtful role models, Mel Swart and Robert Hoover, was to develop an appreciation of the role of the OMB in protecting the environment. Although cynics may dismiss its role as a haven for high priced lawyers and consultants, I can show you amazing orchards and forests which would not be here today had not it been used successfully to defend Mother Earth.

Shortly after their election victory, the Ontario Liberals made an important reform to the OMB. This is discussed on page 16 of the government’s discussion document, “Review of the Ontario Municipal Board.” ( this 35 page report can be downloaded from the website of the Ontario Ministry of Municipal Affairs and Housing)

On page 16 the exact wording of the big reform of 2005 of Premier Dalton McGinty  is described. This is that, “Refusals and non-decisions on applications for urban boundary expansions” can no longer be appealed to the OMB by developers.

For the land use planning novice, the wording on page 16 may appear to be odd or confusing. What it means simply speaking, is that if a municipal council has the guts to stand up to a powerful developer and their minions, their decision concerning protecting farmland and rural forests stands.

The obvious way to strengthen the land use planning decision is to extend the big  reform of the OMB made in 2005  to cover all of what Ontario land use policy terms, “The Core Natural Heritage System.” This would in essence protect forests both within and outside urban boundaries.

Right now the City Councilors in Niagara Falls sitting on the fence over the fate of the Thundering Waters Forest are using the pretext of a possible costly OMB appeal to justify their sitting on the fence. Let us hope that through this review of the OMB, the provincial government has the guts to pull this fig leaf away.

To get involved in the reform of the OMB you can do it in two ways. One is by sending an email to OMBreview@ontario.ca  The other is to comment through the Ontario Environmental Bill of Rights, (EBR) registry. This can be done by searching the registry number 102-7196, on the website – Ontario.ca/EBR .

John Bacher is a veteran conservationist in Niagara, Ontario and is the Chair of Greening Niagara

For a related CBC story on what making changes to the Ontario Municipal Board process may mean for communities and for developers, click on – http://www.cbc.ca/news/canada/toronto/ontario-municipal-board-omb-review-1.3793066

NIAGARA AT LARGE encourages you to join the conversation by sharing your views on this post in the space provided after the Bernie Sanders quote below.