A Report from Environmental Defence Canada

Toronto | Traditional territories of the Huron-Wendat, the Anishnaabeg, Haudenosaunee, Chippewas and the Mississaugas of the Credit First Nation – A new report released today by Environmental Defence found heavy metals such as lead and other toxic chemicals in products sold at Dollar Tree and Dollarama.

The report titled Passing the buck: the toxic cost of dollar store products in Canada, revealed the presence of hazardous phthalates, bisphenols, and PFAS or “forever chemicals” in a variety of food, toys, recess and daycare items.

These chemicals are associated with a wide range of adverse health outcomes and are particularly dangerous for vulnerable populations such as children. A children’s activity tracker and earbuds contained more than 8000 times the external level of lead established for children’s products.

“There is a lack of regulations for internal lead in products, despite the tendency for these products to fall apart and expose their dangerous hidden components. This gap in regulation is a loophole that dollar stores are using to sell products that contain high levels of lead – and not break any laws,” said Cassie Barker, Toxics Senior Program Manager at Environmental Defence. “There is no safe limit on lead. Children’s products should not contain this hazardous substance.”

Exposures to heavy metals and hazardous chemicals, even in small amounts, are linked to reproductive, behavioural, metabolic impacts and chronic diseases such as cancer, asthma and diabetes. Children are particularly susceptible to the effects of harmful chemicals due to their rapidly growing bodies and hand-to-mouth behaviour. Toxic exposures are also linked to learning disabilities such as low IQ, autism spectrum, and attention-deficit/hyperactivity disorder (ADHD).

At least one in four products tested contained toxic chemicals, including lead in children’s products and electronics such as headphones.

All of the cash register receipts tested contained bisphenol-S (BPS).

All of the microwave popcorn packaging tested contained PFAS.

The federal government has introduced a bill to reform the Canadian Environmental Protection Act (CEPA), which will be debated in the House of Commons this Fall. Meaningfully reforming CEPA and improving Canada’s Chemicals Management Plan can help ensure protection from toxic exposures.

“People living in Canada should not be poisoned by the products they purchase from discount stores, regardless of their socio-economic status. In addition to retailer accountability, the government must also protect consumers from these toxic exposures,” added Barker. “Our toxics laws need to be amended to protect consumers, particularly children, and products must be tested and removed from commerce when they pose a risk to our health.”

Dr. Ingrid Waldron, Executive Director of the ENRICH project, said: “Racialized and low-income communities are targeted by low-cost retailers that, despite their own environmental and social responsibility reporting, are selling these communities products laden with harmful substances. For individuals and communities whose only accessible retail option is a discount store, we need to ensure that they have equal protection to those whose financial, geographical and socio-economic privilege allows them to buy their way out of these toxic exposures.”

Dr. Jane McArthur, Canadian Association of Physicians for the Environment (CAPE) Toxics Program Director, said: “Given the adverse health impacts of these hazardous substances on children, we need the government to take urgent action and for companies to own up to their role in preventing these harms. We hope the Canadian government demonstrates their concern for impacted communities and strengthens federal chemicals legislation this fall.”

Kanisha Acharya-Patel, Executive Director, Women’s Healthy Environments Network, said: “We need more action from retailers and governments. Weak regulations and loopholes, unlabelled toxics, no product testing and weak enforcement are creating an ongoing and unmanaged exposure risk for all of us – but particularly for the low-income and racialized communities that can’t buy their way out of these health hazards.”

Jennifer Beeman, Executive Director, Breast Cancer Action Quebec, said: “Retailers pass the buck to regulators when they justify these unacceptable lead levels in products, and regulators do the same when they don’t create strong, comprehensive laws that protect our health and the environment.”

A full summary of the report’s findings can be viewed here: https://environmentaldefence.ca/report/passing-the-buck 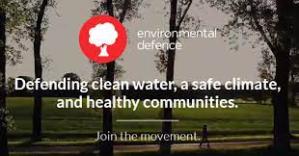 ABOUT ENVIRONMENTAL DEFENCE ( environmentaldefence.ca ): Environmental Defence is a leading Canadian advocacy organization that works with government, industry and individuals to defend clean water, a safe climate and healthy communities.