“For years, the crown corporation has been fueling climate disaster by providing billions each year to oil and gas companies.” – Julia Levin, Environmental Defence 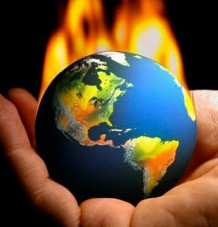 For years, the crown corporation has been fueling climate disaster by providing billions each year to oil and gas companies.

The only responsible thing to do is to end public financing to the fossil fuel sector but even as people are fleeing their homes and dying from climate disasters, Export Development Canada has put forth weak promises that fail to really decrease fossil fuel financing.

A message climate activists have been sending out to Prime Minister Justin Trudeau and his Liberal government in recent years as they continue to spend billions of dollars of Canadians ‘tax ,money – moey that could be used for health care or for clean energy projects – on tar sand pipelines like the Trans Mountain pipe to the west coast.

This plan also, unfortunately, buys into the debunked myth that fossil gas is a “transition” fuel, instead of directing investment to genuine climate solutions.

To read more on the details in  Export Development Canada’s latest climate report, click on – [https://www.edc.ca/en/about-us/newsroom/edc-net-zero-2050-update-2022.html]