None of Canada’s Federal Leader Candidates Come Close to Matching U.S. President Joe Biden on Urging the World to Action

I don’t know how many of you watched the leader’s debates for Canada’s federal election this September 8th and 9th, but I came away not feeling inspired by any of them – especially on one of the most serious issues threatening our present and future.

Canada’s Party leaders. Where is the passion and fire on climate change compared to what we are hearing from Joe Biden?

The issue is I am talking about is climate change and none of the leaders for the parties we can vote for in ridings in Ontario – not the Liberals, Conservatives, NDP or Greens – addressed it with the urgency that U.S. President Joe Biden did when he visited flood-ravaged neighbourhoods in New York City earlier on during this first full week of September.

If you missed what Biden had to say, here is an excerpt that you can watch by clicking on the screen immediately below – 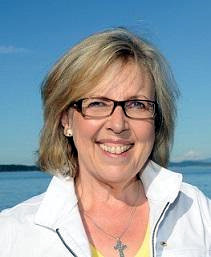 Green Party MP and former Green Party leader Elizabeth May. One of the few Canadian politicians who speaks with passion about the climate emergency we are facing now.

The only Canadian politician I heard speak with that kind of passion for what is truly at stake here was Elizabeth May on a recent TV Ontario program when she declared, and I paraphrase, that she has become ‘a grumpy old version of Greta Thunberg (the internationally renowned Swedish teenager who has raised alarm over climate change). I will not stop sounding the warning on this until my last breath.’

Unfortunately, Elizabeth May, who is still one of the only Green Party MPs in Canada’s parliament, is no longer the leader of the party that she worked so hard to gain a foot-hold, federally, on the political map.

So that leaves it up to us – each and every citizen who is concerned about the climate crisis we face – to continue pushing our political leaders to truly take this emergency seriously. 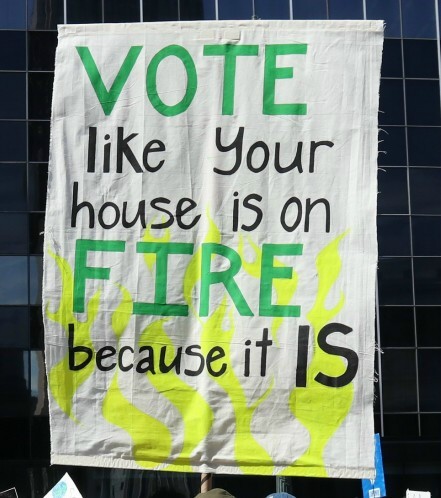