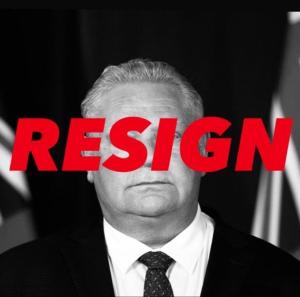 “Since last week, Doug Ford has been in hiding, not making a single public appearance minus one bizarre tweet begging for help from the European Union’s Ambassador to Canada. This is a Premier in witness protection, and it’s never been so clear he needs to go.

He’s attempting to shut down parliament to escape from the outrage he caused with his abysmal handling of the third wave. How can our Premier – the person who has repeatedly said the buck stops with him – hide from the very people he was elected to represent?

He’s hiding from the media too, not making himself available to any reporters since his disastrous press conference last week, and only sharing news through media releases. It’s become clear that Doug Ford is scared to face the people and acknowledge his stunning incompetence.

Ontario needs a new Premier, along with a COVID-19 Czar to lead us out of this pandemic, since no Conservative Cabinet Ministers have demonstrated any real ability to lead a public health response. Please, do us all a favour, Doug, and resign before this pandemic is mismanaged any longer. 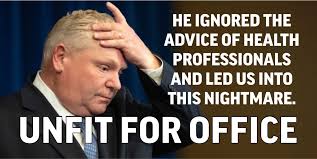