TORONTO — Andrea Horwath and the NDP are laying out the boldest, most effective and achievable climate plan Ontario’s ever had.

In Climate. Jobs. Justice. A Green New Democratic Deal Horwath’s NDP commits to a comprehensive strategy to make Ontario net-zero by 2050, and orchestrate a just transition including the creation of 100,000 permanent jobs from an ambitious building retrofit program, and as many as one million total jobs throughout the life of the deal.

“The climate crisis is the greatest threat our world faces, but it’s also an incredible opportunity. It’s an opportunity not only to go green, but to shift to a more sustainable job-rich and just economy,” said Horwath during the unveiling of the climate plan this March 6th.

“We’re already paying a price for the climate crisis, and the price our children and grandchildren could pay is unthinkable. No family should have to evacuate again and again because floodwaters keep rising. No one should worry that the air outside isn’t safe enough for kids to go out to play. No one should worry about next generation because of our planet’s uncertain future. With the NDP’s plan, there’s hope.”

The NDP has been consulting on its Green New Democratic Deal discussion paper for more than a year, getting input and ideas from industry, labour, climate scientists, First Nations, educators and everyday Ontarians. Highlights of the plan include:

* A mandate for all newly built public, residential and commercial buildings to be net-zero emissions by 2030, alongside a world-leading building retrofit program 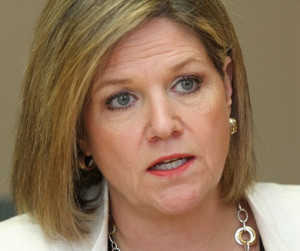 Horwath said the plan stands in stark contrast to Doug Ford and the Conservatives’ anti-environment crusade. Ford has tried multiple times to carve up the Greenbelt for developers, he gutted conservation authorities, he paid hundreds of millions of dollars to tear down wind farm projects, cancelled Ontario’s cap-and-trade program and even paid to have electric vehicle charging stations removed.

“Our plan is based on values we all share: equity, affordability, and reconciliation. It’s rooted in justice, and committed to a just transition – which promises nobody, and no community, will be left behind. It envisions policies that respect Indigenous knowledge and traditional ecological knowledge, combined with emerging science,” said Horwath. “You deserve a government with a plan to beat the climate crisis. And so does the next generation.”

+ Reduce Ontario’s GHG emissions by at least 50 per cent below 2005 levels by 2030 and achieve net-zero emissions by 2050, targets consistent with the Intergovernmental Panel on Climate Change and the most ambitious aspects of the Paris Agreement.

+ Enshrine our GHG reduction targets, and interim targets, into law, using a carbon budgeting process to ensure 2030 and 2050 targets are met.

+ Restoring the powers of the Environment Commissioner of Ontario

* Change how we move: Transform transportation

+ Electrify the GO Train network on an accelerated timeline

+ Electrify all municipal transit fleets by 2040

* Change how we build: Retrofit program

+ By 2030, all newly built public, residential and commercial buildings will conform to net-zero standards

+ Training and support for the next generation of workers, as well as workers at all stages of their career, funding and fast-tracking workers with industry experience 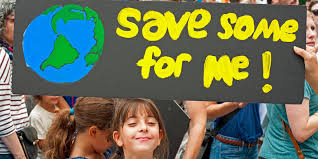 + Specific program focus on training people from marginalized communities, and those typically excluded from skilled trades, including women, racialized people, and Indigenous Peoples.

+ Bring emissions from electricity to 2017 levels, and achieving zero emissions by 2030

+ Support for accessible and culturally relevant public health campaigns to ensure all Ontarians have accurate, up-to-date information about the climate crisis and health risks associated with air and water pollution

New investments of $40 billion will be required to fund initiatives including improved transit, investments in retrofits and infrastructure, job training and placement and support for communities adversely affected by climate change.

This is in addition to the existing $31 billion budget. 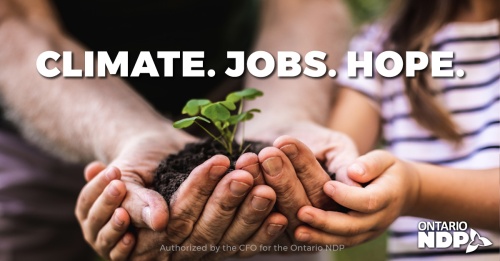 Paying for these new investments will primarily come from two sources: carbon pricing and green bonds.

In addition to the $30 billion dollars generated by the cap-and-trade program, an NDP government would raise another $10 billion in the existing green bonds program between 2022 and 2026. This is slightly more than the $2 billion a year the current government is already raising through this program.