Where is the COVID Safety Plan for Ontario’s Schools?

“If we want kids to start returning to classes in just one week, we need to make schools safer. That means action and investments, including a broad in-school asymptomatic testing program, and smaller class sizes so kids can physically distance better”               – Ontario NDP Education Critic Marit Stiles

Ontario NDP calls for COVID safety plan, with one week left until kids return to classrooms 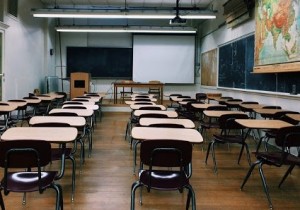 QUEEN’S PARK — Not one action has been taken to prepare schools and classrooms for kids’ safe return on Monday, said NDP Education critic Marit Stiles, who is calling for urgent action and investments to make kids safer.

“If we want kids to start returning to classes in just one week, we need to make schools safer. That means action and investments, including a broad in-school asymptomatic testing program, and smaller class sizes so kids can physically distance better,” said Stiles.

“Education Minister Stephen Lecce and Doug Ford need to stop treating the problem of thousands of student, teacher and staff infections like a communications exercise, and start treating it like a public health concern.”

Over the weekend, Lecce released an open letter to desperate and worried parents, claiming that all teachers were given training to support the shift to remote learning, and that the ministry had provided a ‘comprehensive online learning platform’ – both claims are false. The letter included not a single new action to make schools safer for kids to return to.

“Students, their families and frontline teachers and education workers have shown incredible resiliency this year in the face of significant challenges. We owe it to them to learn from the past four months and deliver action and investments to make our children safer,” said Stiles. “Not just communications materials with platitudes and lies.”

The NDP is calling for:

* Supports to address the learning gaps facing students who have been shifted between remote-learning and in-class learning, especially those with special needs

* Partnership with education workers and school boards, which have often been left out of decision-making

What follows are the first few graphs of a January 2nd, 2021 letter Ontario’s Education Minister circulated to parents across the province. A link for the entire letter and supporting information is also iavailable below –

Ontario Education Minister Stephen Lecce addressing the COVID issue at one point this past year, with Premier Doug Ford standing behind him.

It has been a trying year for all Ontarians. Yet, through the greatest challenges we faced, our province – most especially inspired by our students, parents and education staff – came together. Unified in our effort to stop the spread and save lives.

Thank you for your dedication. We believe so strongly that schools are essential to the well-being, mental health and development of a child, and therefore, must be safeguarded at all costs to ensure they can remain open for safe in-class instruction. …

To read the entire letter and supporting information included with it, click on – https://www.ontario.ca/page/letter-ontarios-parents-minister-education .

One response to “Where is the COVID Safety Plan for Ontario’s Schools?”